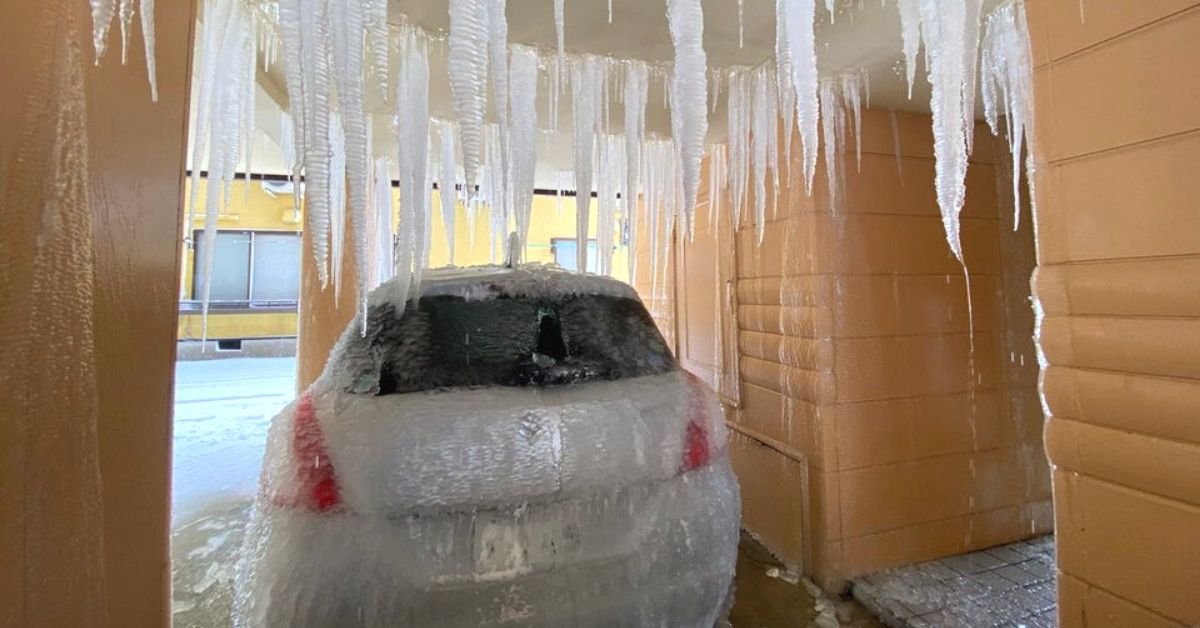 16+ Problems That Are Going To Be Quite Costly

Usually when something goes wrong with your day, it's a matter of a coffee shop giving you a latte when you ordered a cappuccino or forgetting your phone at home — minor annoyances and inconveniences, but nothing that's going to weigh on your mind when you go to bed that night.

These problems, however, are definitely less ordinary. 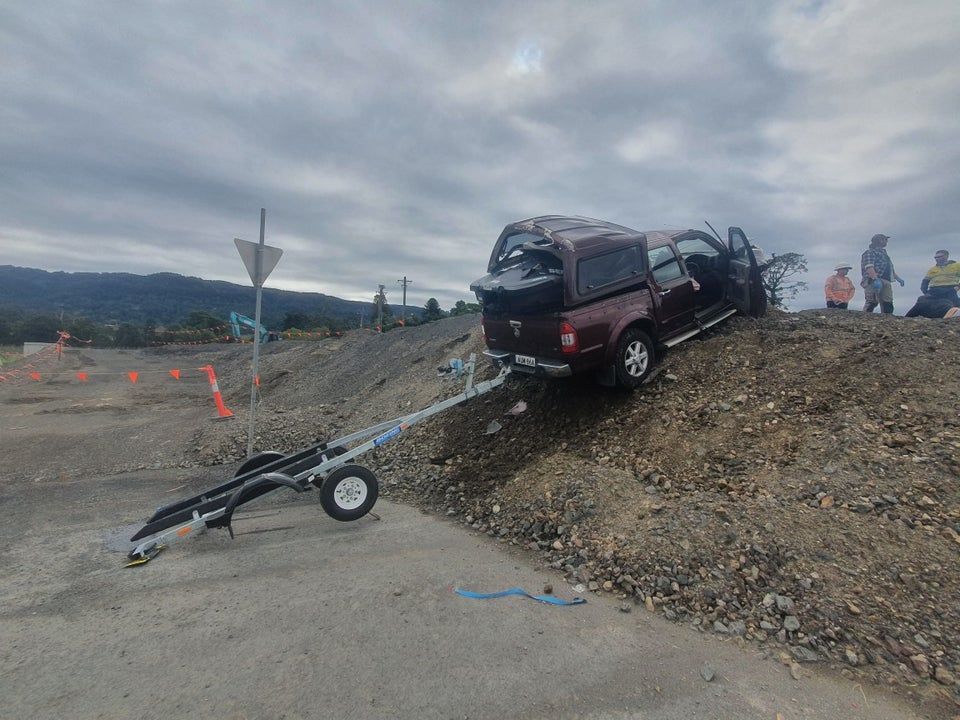 Yep, that's a jet ski that has left the trailer and found a new home inside the truck. And while the jet ski might have survived the trip, the trailer looks pretty worse for wear, and I don't even want to know what it would cost to fix that truck. 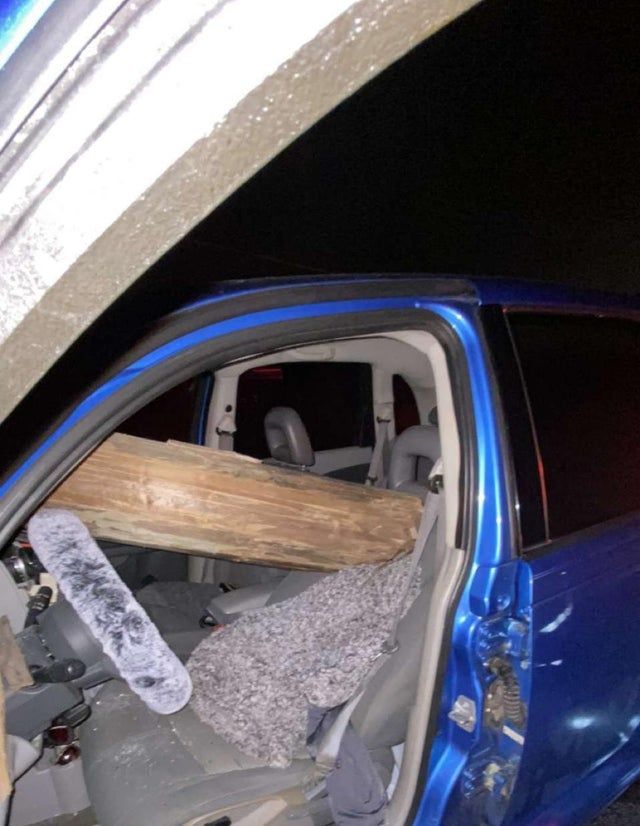 Thankfully, this incident could have been much worse than it was. The driver had only some minor cuts and scrapes after a telephone pole came crashing through the windshield. It's not often something like that happens and you can consider yourself lucky! 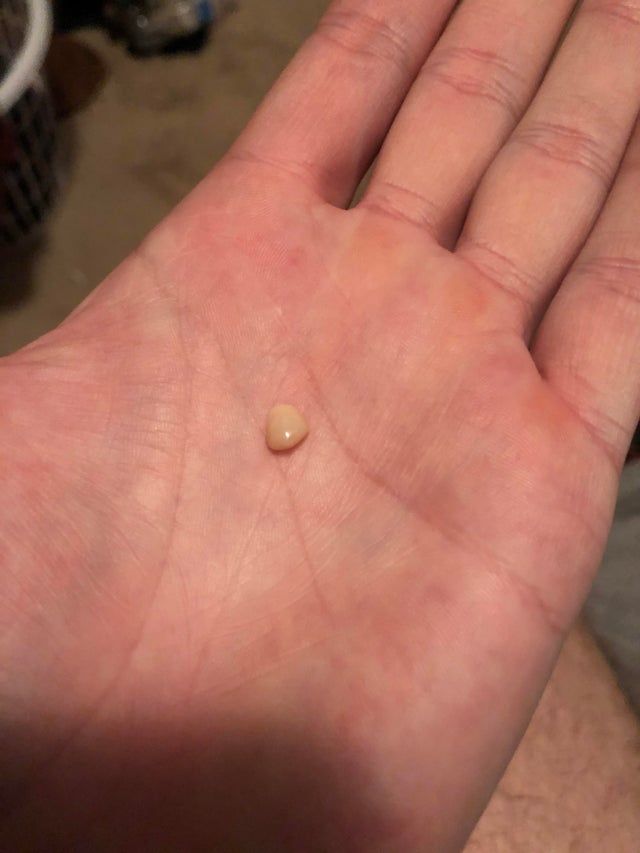 You generally don't expect a chunk of molar to come away when you're eating Doritos — I mean, they're crunchy, but not that crunchy. And yet, this person has some expensive dental work ahead of them thanks to their chips.

Now I want to know what flavor they were eating. 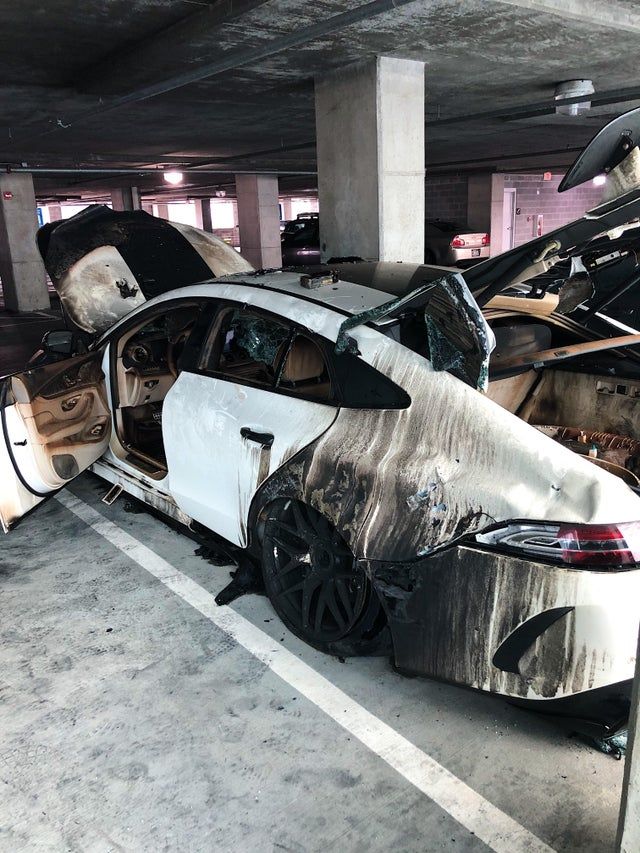 A Mercedes AMG can hit some positively blazing speeds, but this one was parked when it erupted in flames. It only took about eight minutes for a once-beautiful piece of engineering to be reduced to this molten mass. 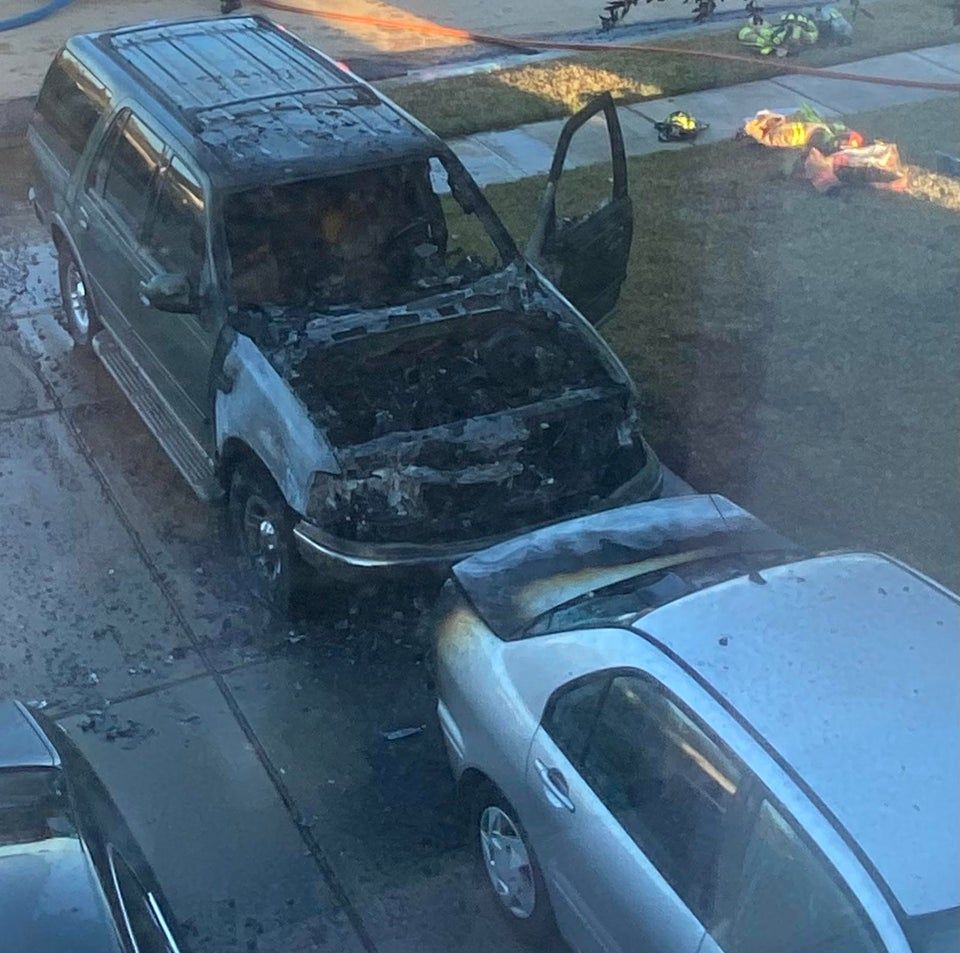 I don't know if I'd rather have the Mercedes or this. I mean, usually I'd want a car fire to be contained to just my vehicle and not spread to others, as happened here.

But that Mercedes probably cost more than both of these combined.

Apparently the driver of this truck just thought they were going over a speed bump. Well, I guess that was sort of true because they're not getting anywhere fast with no tires touching the road.

7. More delivery than they intended. 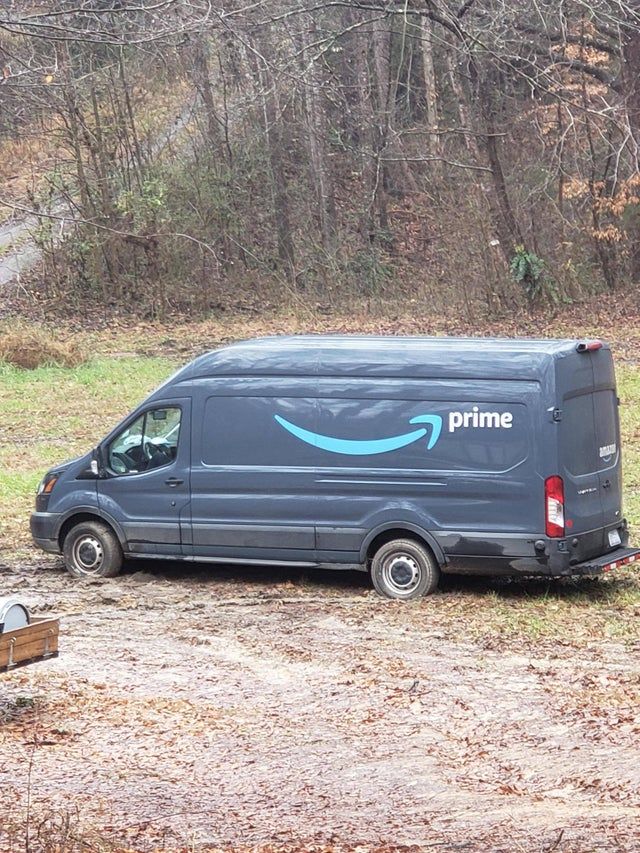 This Amazon truck made what turned out to be a fateful choice when it chose to leave the road to drop off a package on a rainy day.

"They've been stuck there for almost an hour after tearing up the front yard attempting to leave," the uploader of this pic wrote. 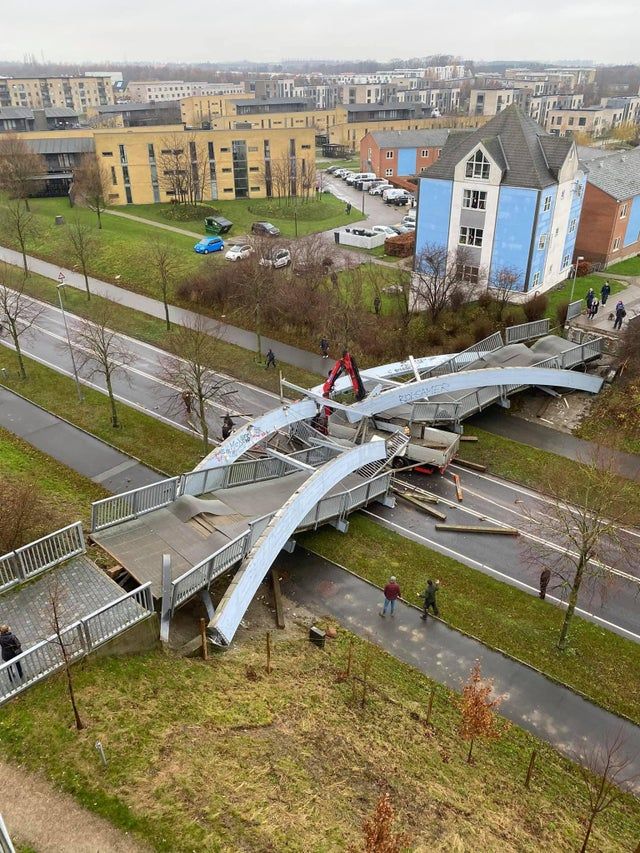 Apparently the driver of a truck with a crane on top left it extended and then drove under this pedestrian bridge. Thankfully no pedestrians were on the bridge at the time, and the driver wasn't injured in the incident.

9. Glad it's somebody else's problem. 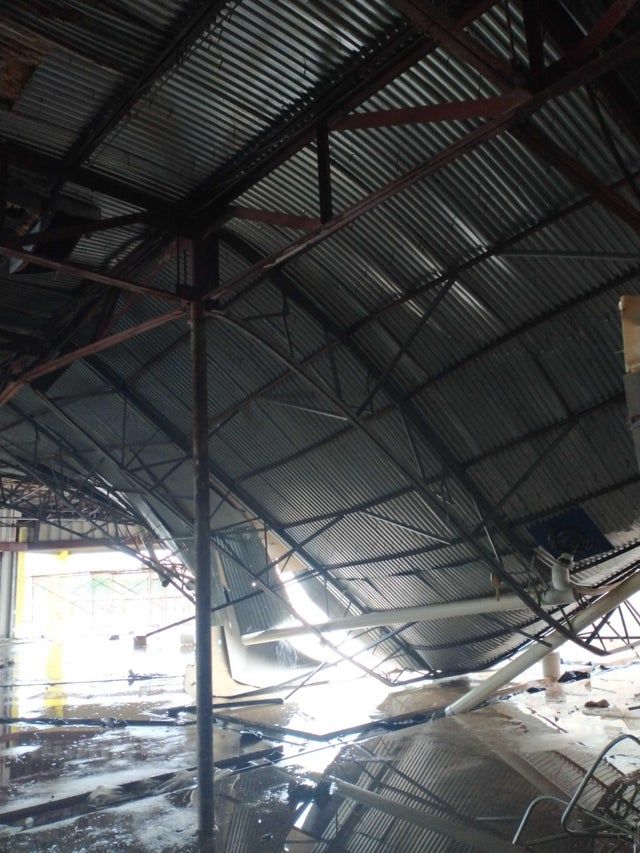 This was just some seriously unfortunate timing — apparently a building undergoing a remodeling hadn't had emergency overflow piping installed yet when a storm dumped four inches of rain in a matter of hours.

No wonder that roof came crashing down.

10. This is why you don't trust puddles. 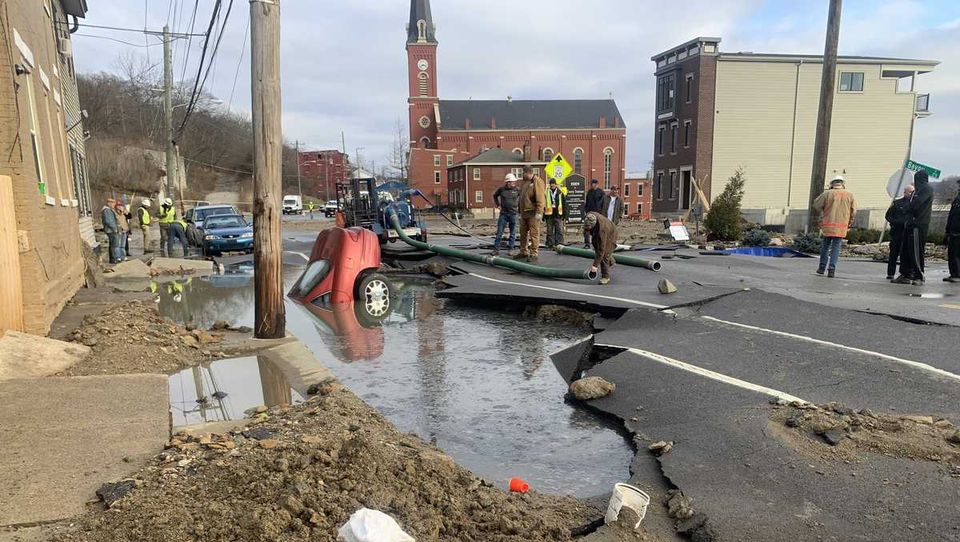 Well, more likely that car was parked along the side of the road and ended up claimed after a water main burst below. But either way, it's going to be a long time before this stretch is back to normal. 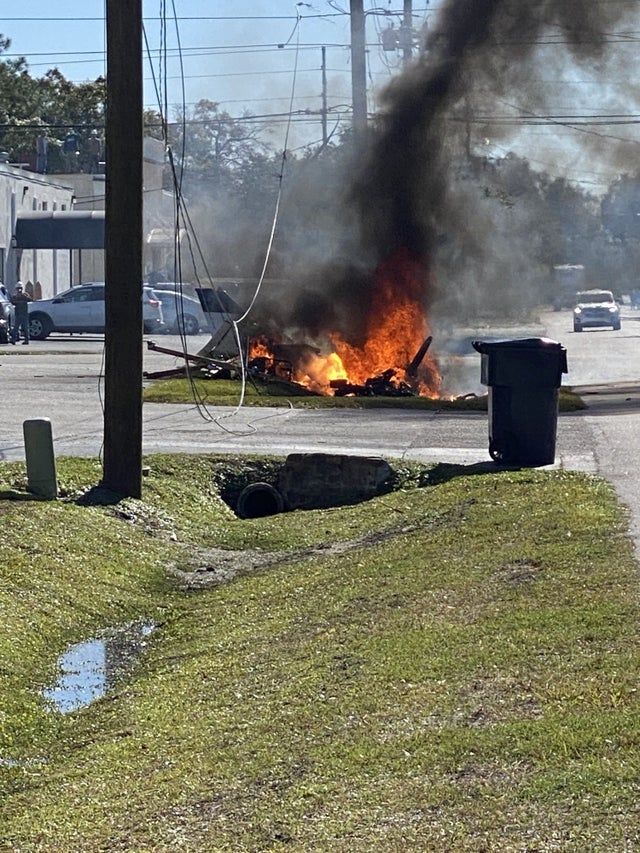 Everyone on board this small plane survived after it had to make an emergency landing on a road and got tangled up in some power lines on the way down.

But that plane's days in the air are all they way over. 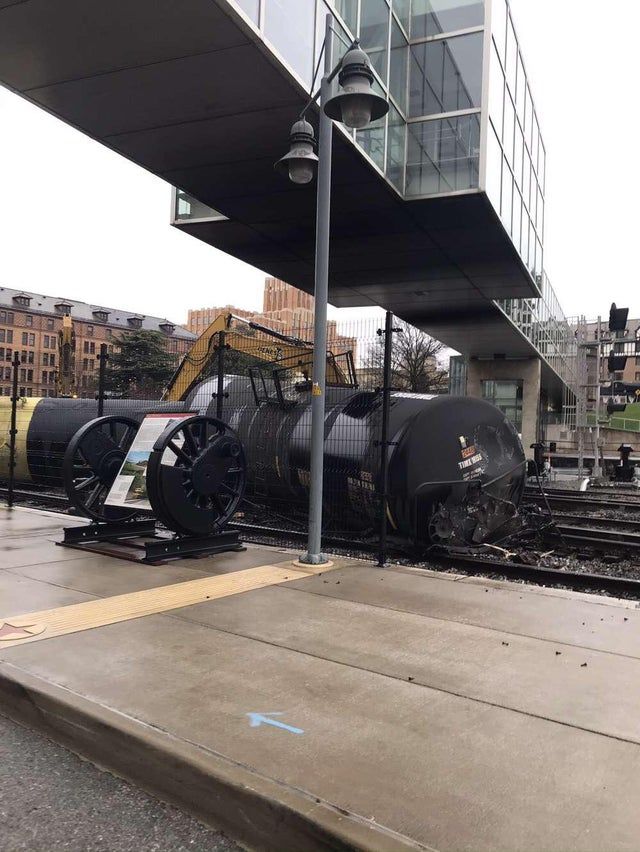 If a train is going to leave the tracks in an urban setting, 2:15 am is a good time to do it, when the vast majority of people are home and asleep. Doesn't make this scene much easier to clean up though.

13. Well, this person learned something, at least. 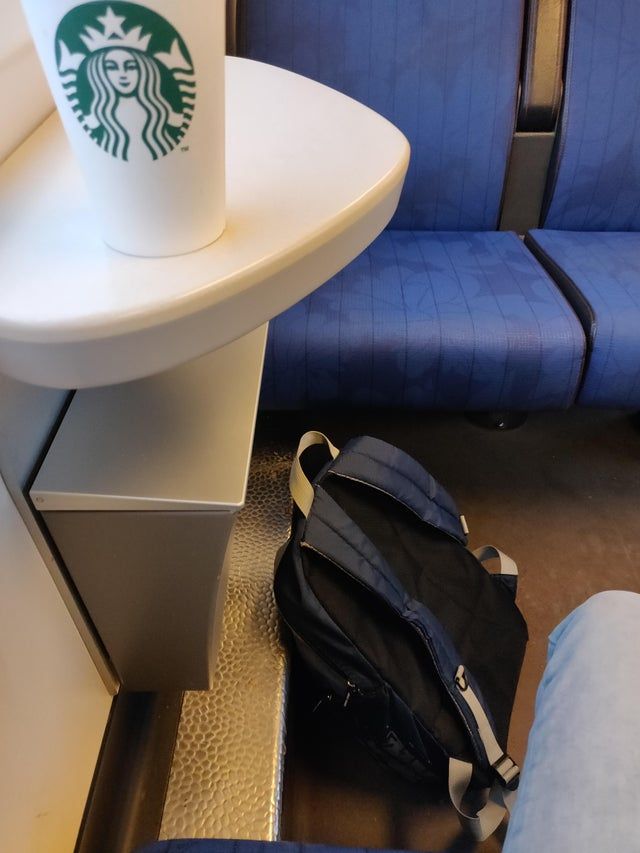 "I spent 2 weeks studying for a re-exam, had to get up at 5:30, and traveled 2 hours for said exam only to realise I wasn't enrolled for it," they explained. So much wasted time. 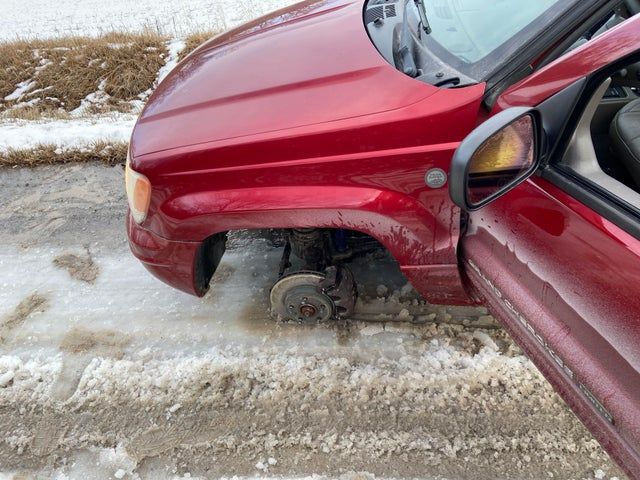 It's one thing to lose a wheel off your car while driving. It's another for that wheel to fly off the day after you get it back from the shop. Here's hoping that shop warrantied its work. 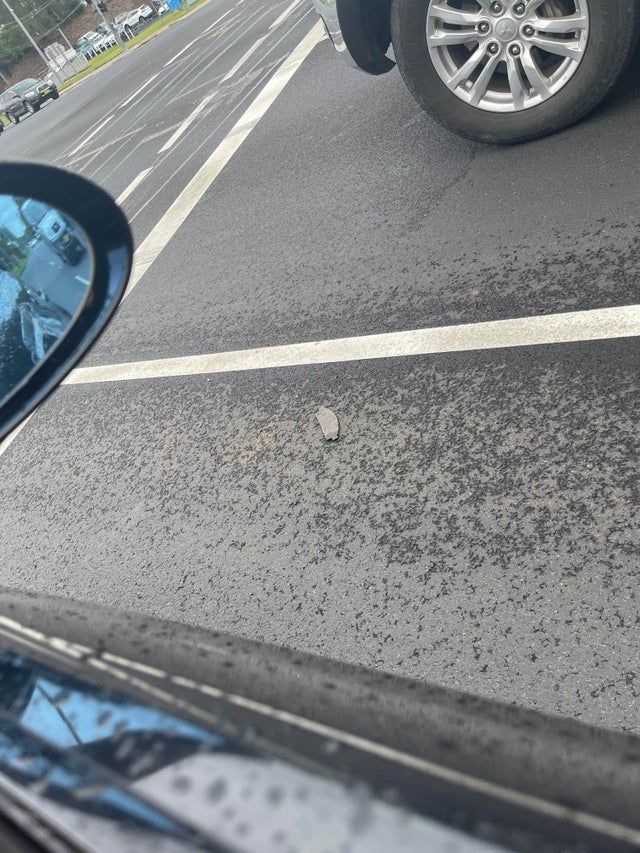 For the record, it's a brake pad. Sure, they're not too difficult to replace, but it might add up fast if you can't stop your car when you need to.

16. You're gonna need a bigger scraper.

As if winter isn't bad enough, this person happened to park below an apartment where a pipe burst in the middle of the night. I think they'd have to take a cab to get to work that morning and deal with this mess later. 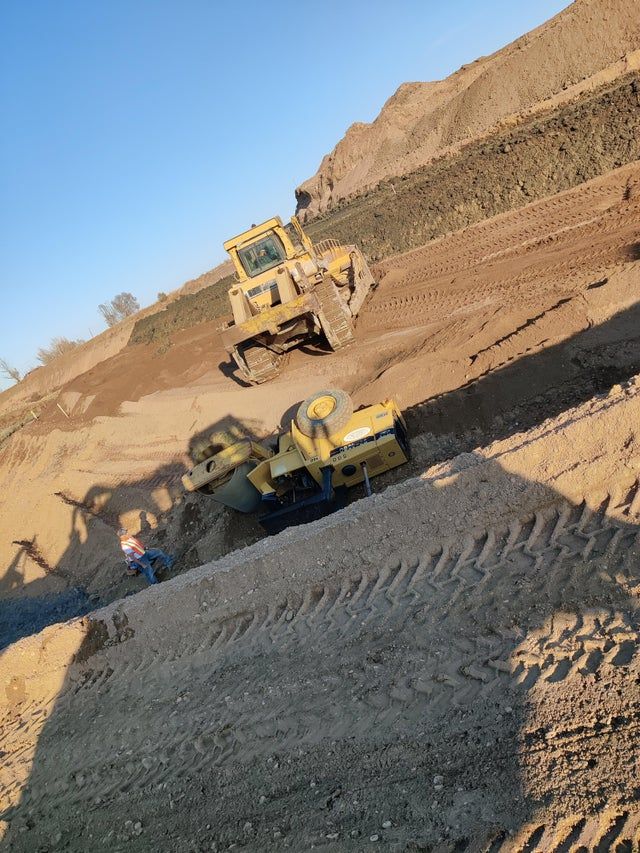 I don't know, can you just right a roller and get back to work? All I know is that construction equipment is big, difficult to maneuver, costly, and not supposed to go like that. 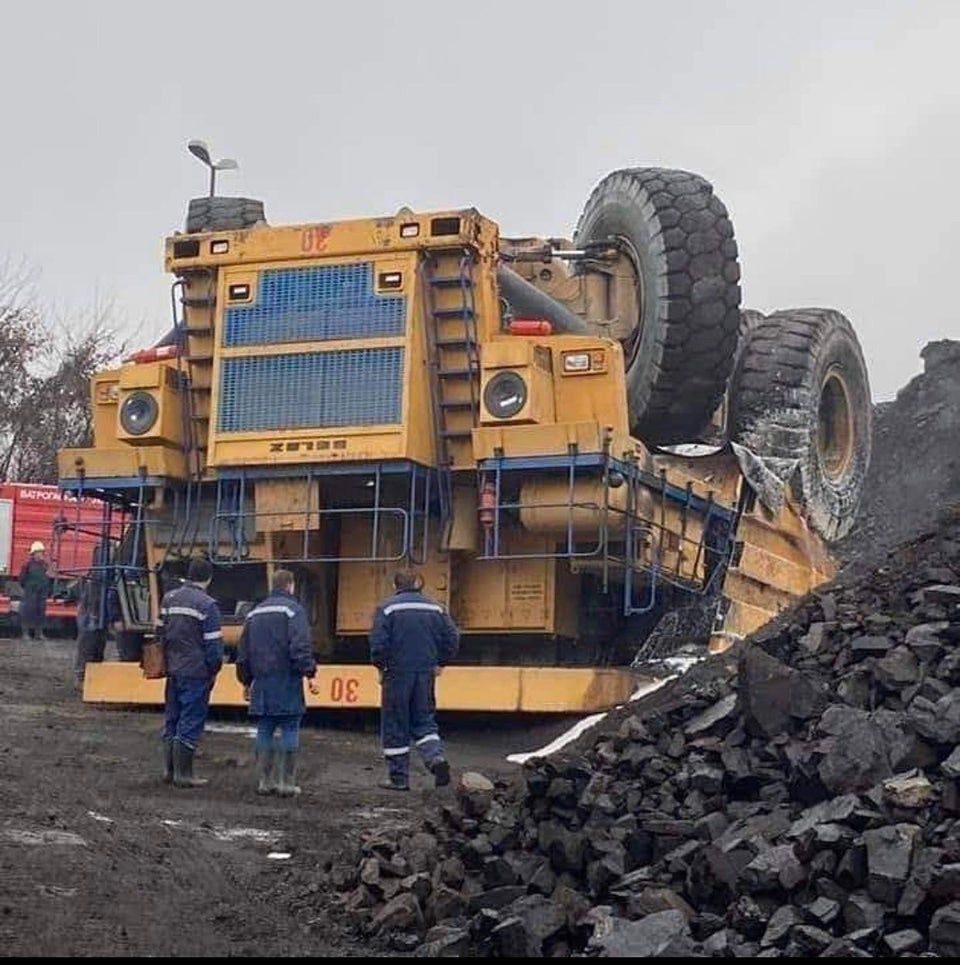 This is another level entirely, one of those massive dump trucks used in mining. How do you even get that thing back on its tires? A crane? Two cranes? You know it's a bad sign when all those three guys can do is look at it. 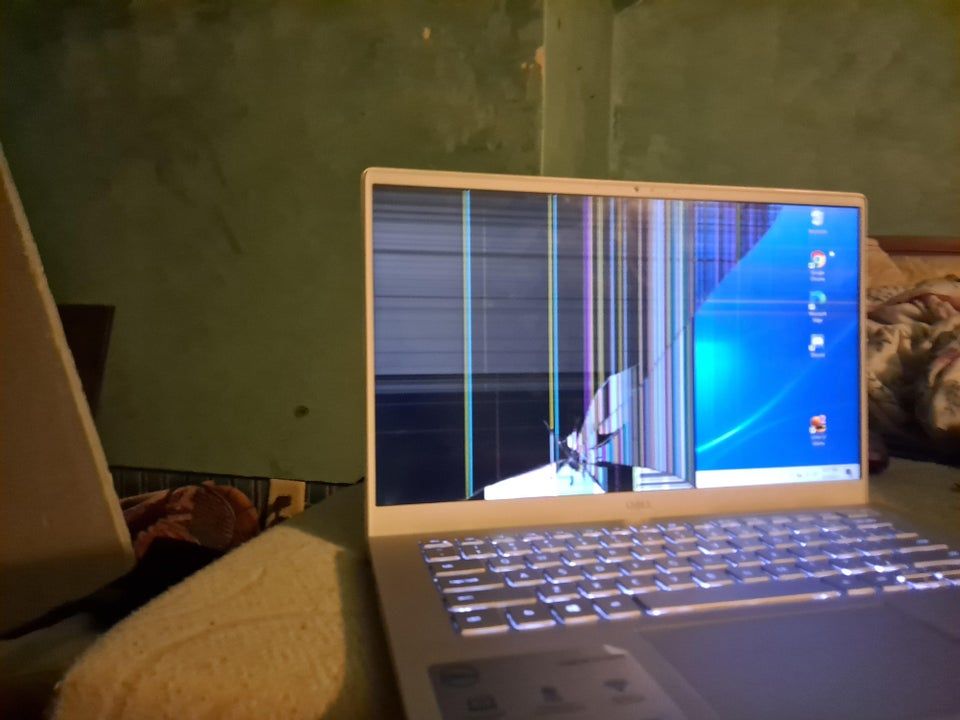 It's not that laptops are anywhere near the most expensive things on this list, but they're usually critical for things like work or school, and what's on them is difficult to replace. 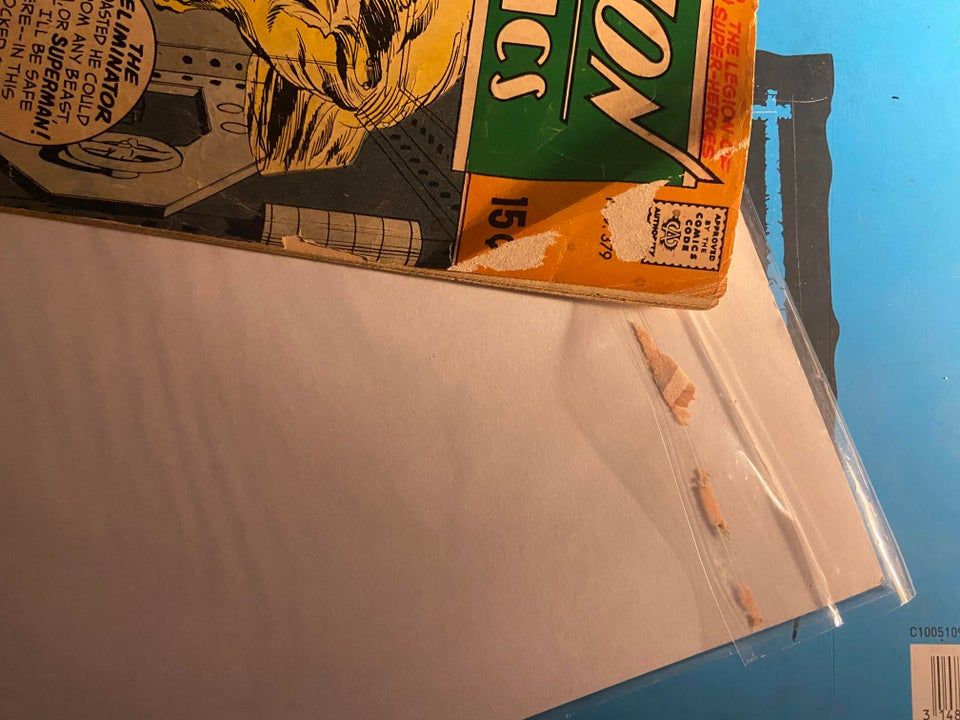 Just one piece of tape is all it took to deface a classic 50-year-old Superman comic book. The poor thing blew past mint condition. I wouldn't say it's firestarter now, per se, but considering what it used to be, it's a tragedy.

21. I think this is about as close as real life gets to _A Series Of Unfortunate Events_. 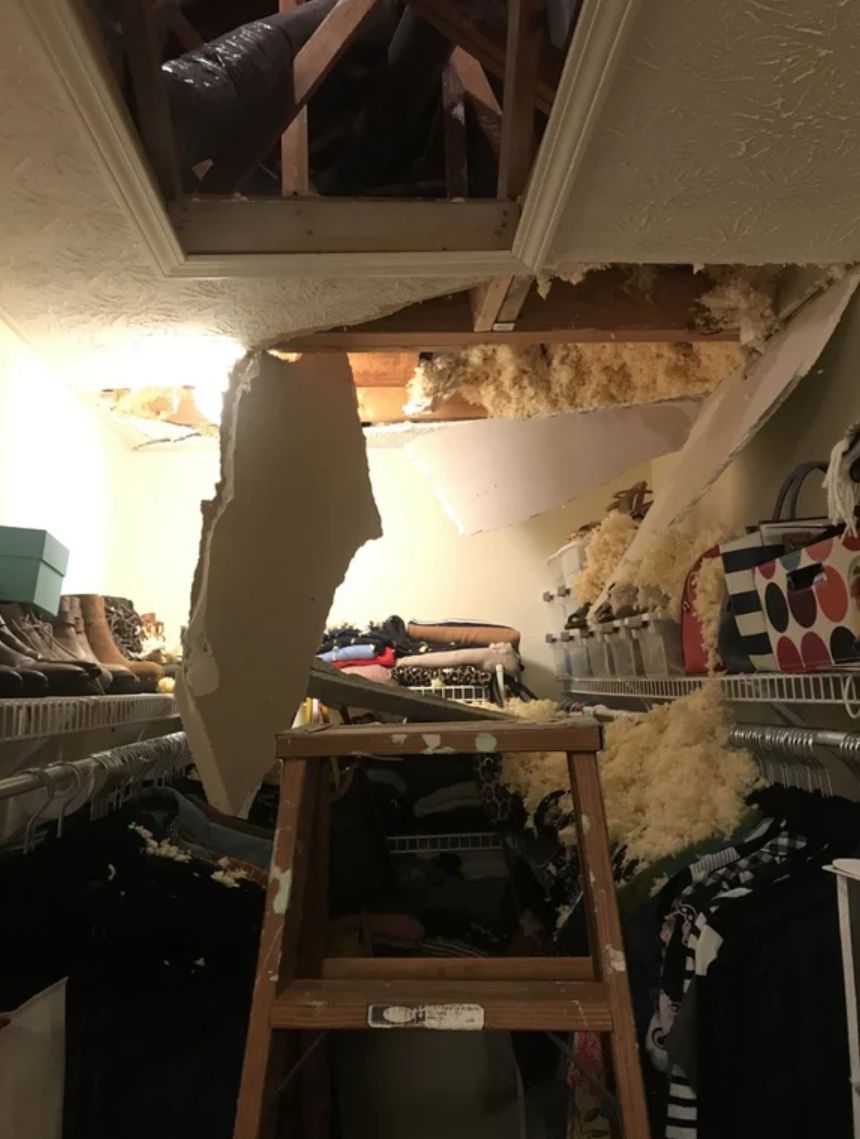 So apparently, both the uploader and their girlfriend have COVID-19, which means there was no way a technician could come in when their heater stopped working.

This left the uploader to try and fix the problem themselves. Unfortunately, they ended up tripping over a pipe, falling through a ceiling, and creating the situation we see here.

22. If you don't see what's wrong with this picture, then it should be easy to understand why one person walking through here didn't either. 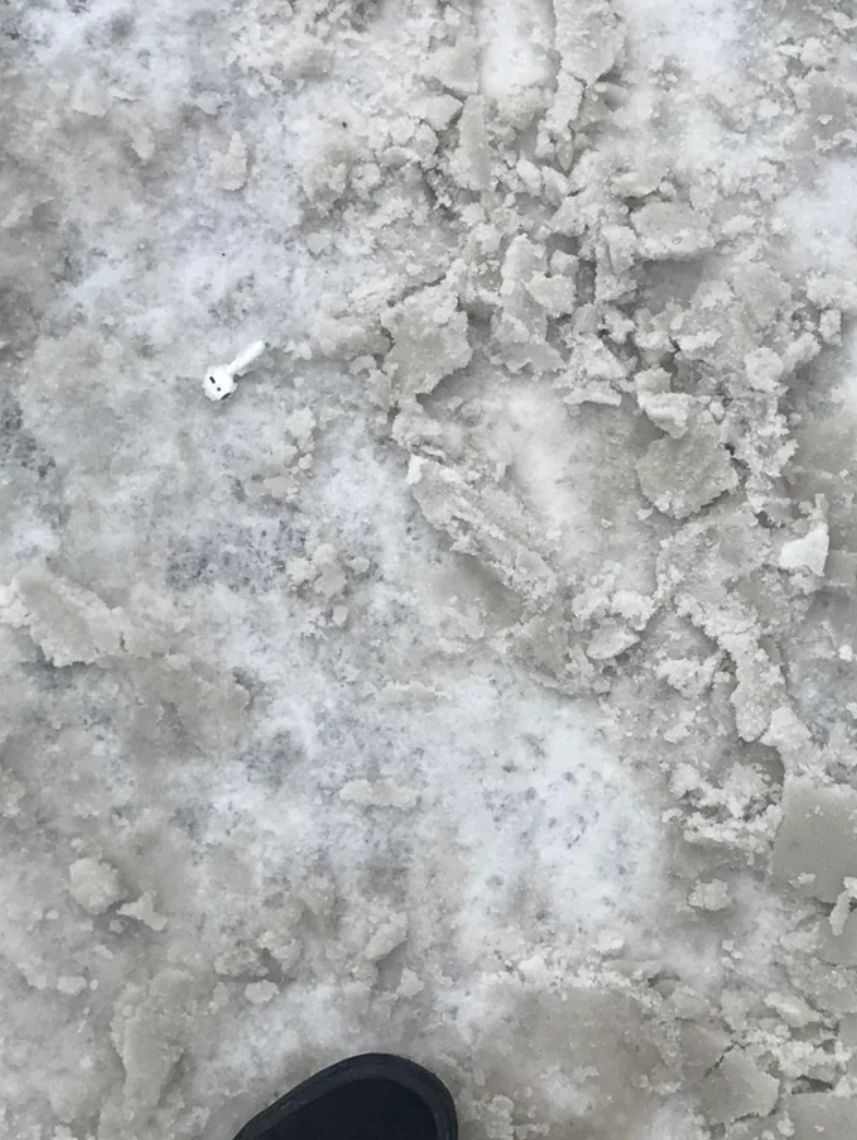 If you look closely enough, you should be able to pick out a small, white object that's a little brighter than the snow around it.

That's an Airpod. It's also a perfect example of why you wouldn't catch me buying those.

23. By a similar token, it shouldn't be hard to get why this person got into the predicament they're in if you don't see the problem here either. 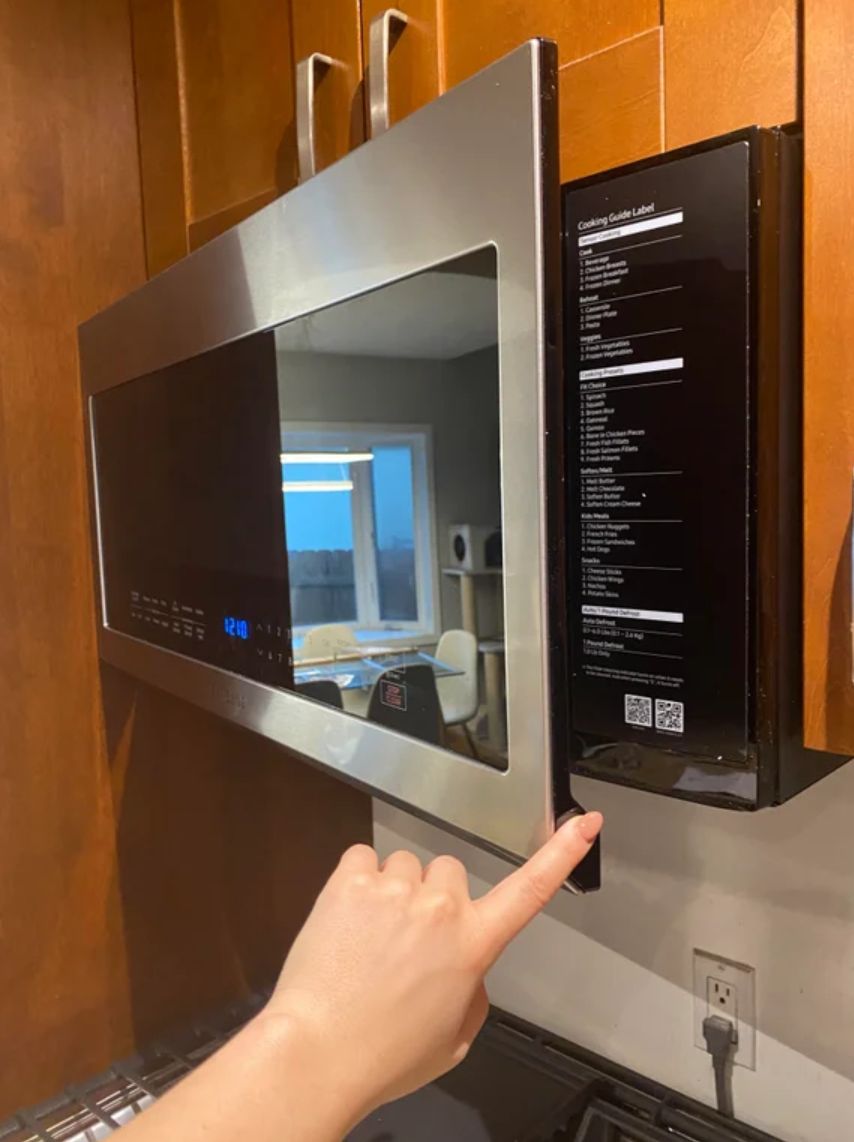 At first, it seemed like their new microwave would fit perfectly into the space we see here. But then, they realized there wasn't enough room to actually open the door.

Hopefully, the attempts to modify the surrounding cabinet go better than...oh, pretty much everything on this list.

24. While the uploader is now out a gate and some grass, they probably feel luckier than the person who drove this car. 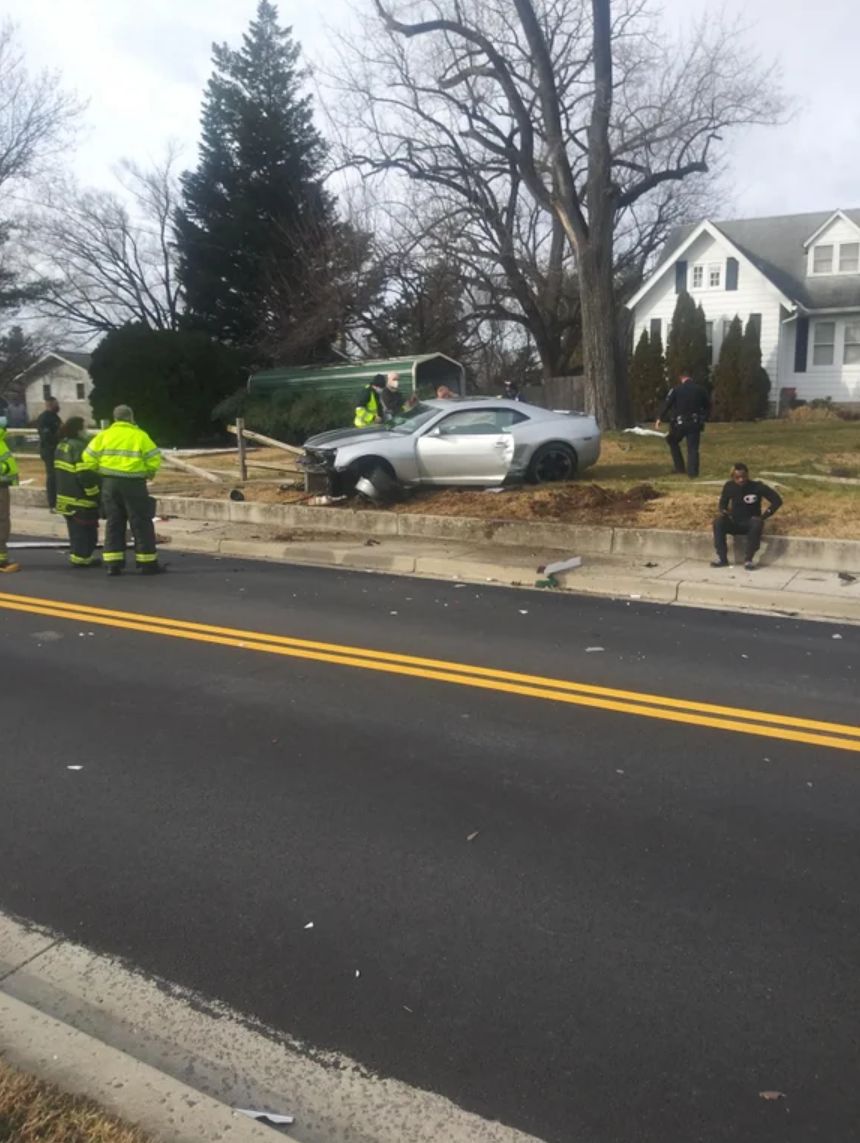 That person isn't them, by the way. Apparently, the driver was already taken away from the scene in an ambulance and ended up pulling through OK.

While they definitely should have foreseen that the "Fast and Furious" driving the uploader described would lead them to a situation like this, at least they were lucky enough to still be able to learn that lesson.

25. Apparently, this person left their window open slightly over the past few weeks in a rainy city. 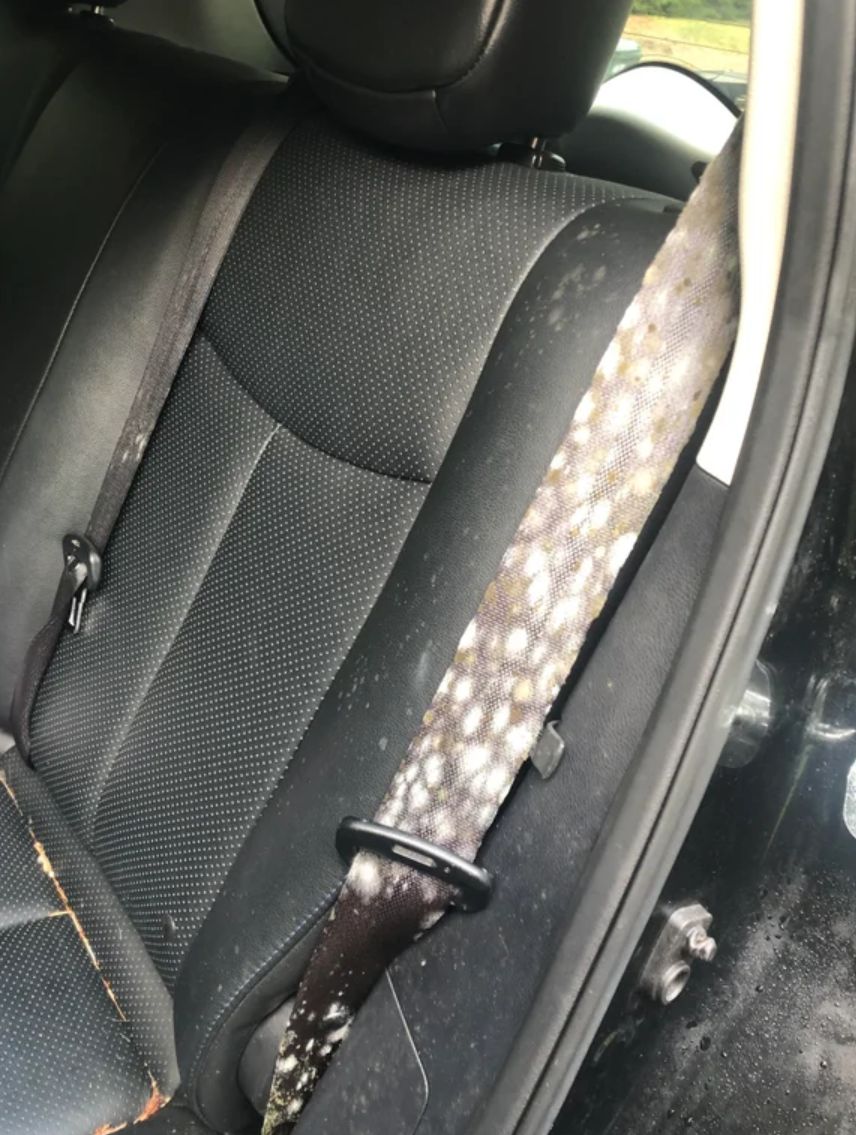 And as we can see, that slight opening has provided more than enough of an opportunity for a colorful array of mold to appear on their seat belt.

That's not going to be pleasant to fix.

26. This might not seem like a big problem but it's already become pretty expensive for the uploader. 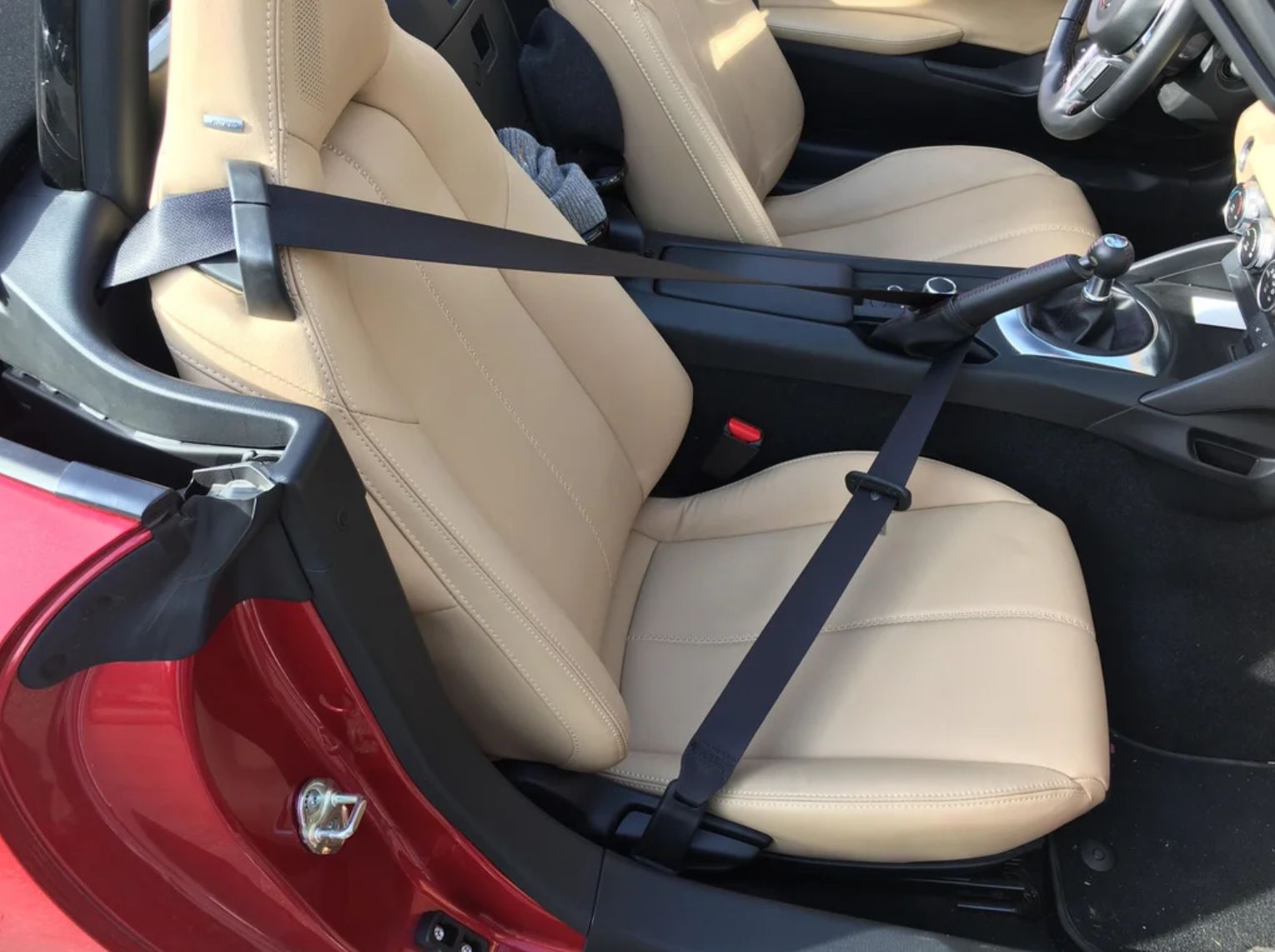 While they were trying to disentangle this car's seat belts, one of them slipped out of their grip and lodged itself under the parking brake.

Despite how it looks, they can't move either the belt or the brake and have had to call a tow truck as a result.

27. In case you're having a hard time recognizing that odd lump among the laundry, it's a PS4 controller. 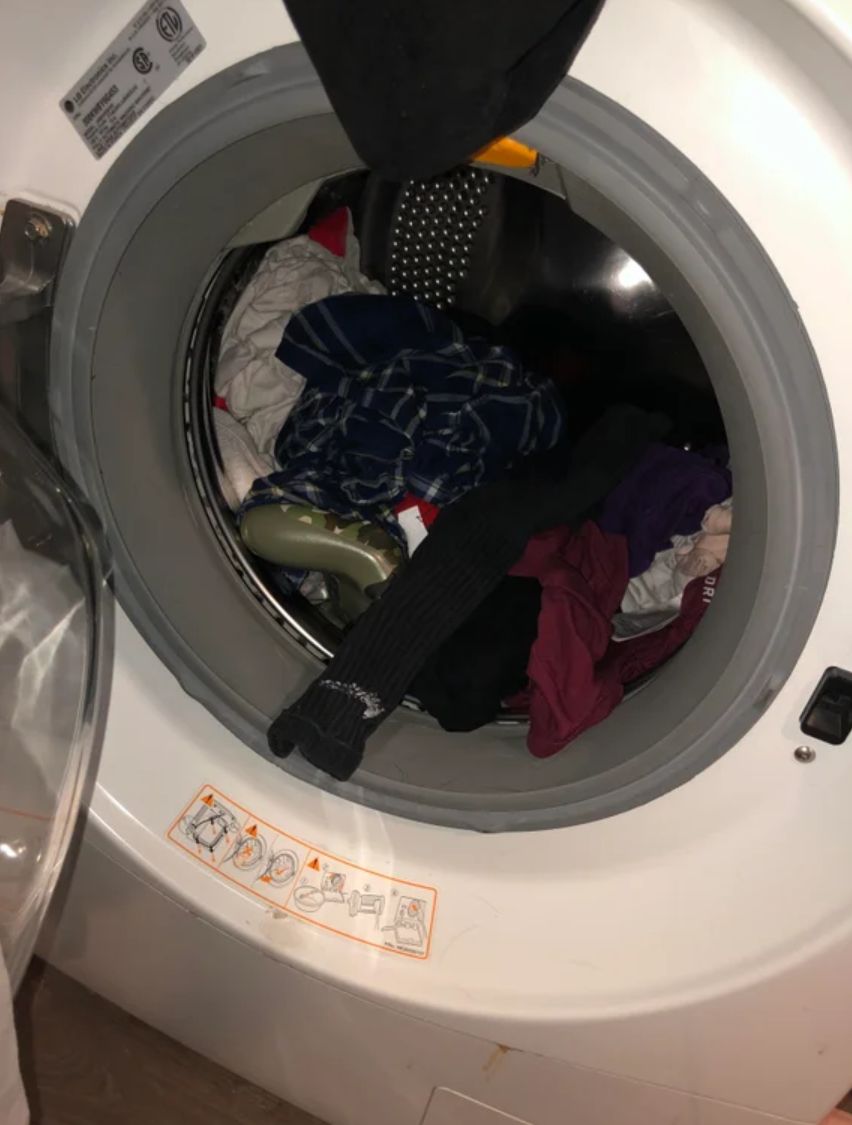 And indeed, it's so strange to have been wrecked this way that commenters suspect this was staged.

And if it is genuine, whatever bizarre situation that led to this just added insult to injury.

28. Glasses are pretty expensive on their own but that's not the problem this person has to deal with today. 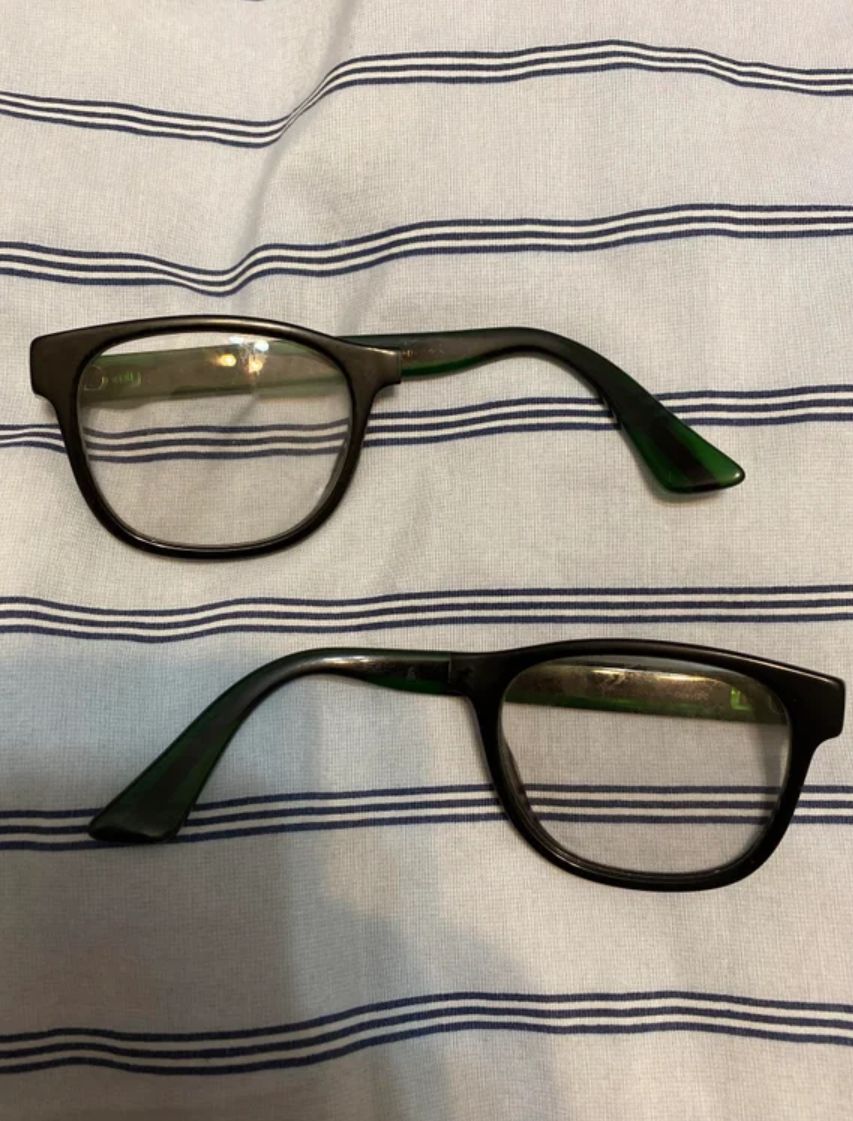 Not only do they not have a backup pair, but their contact lenses are apparently a year old with the wrong prescription and their optician is closed.

So yeah, not a good day.

29. The uploader's patio door shattered and it's kind of a mystery as to why. 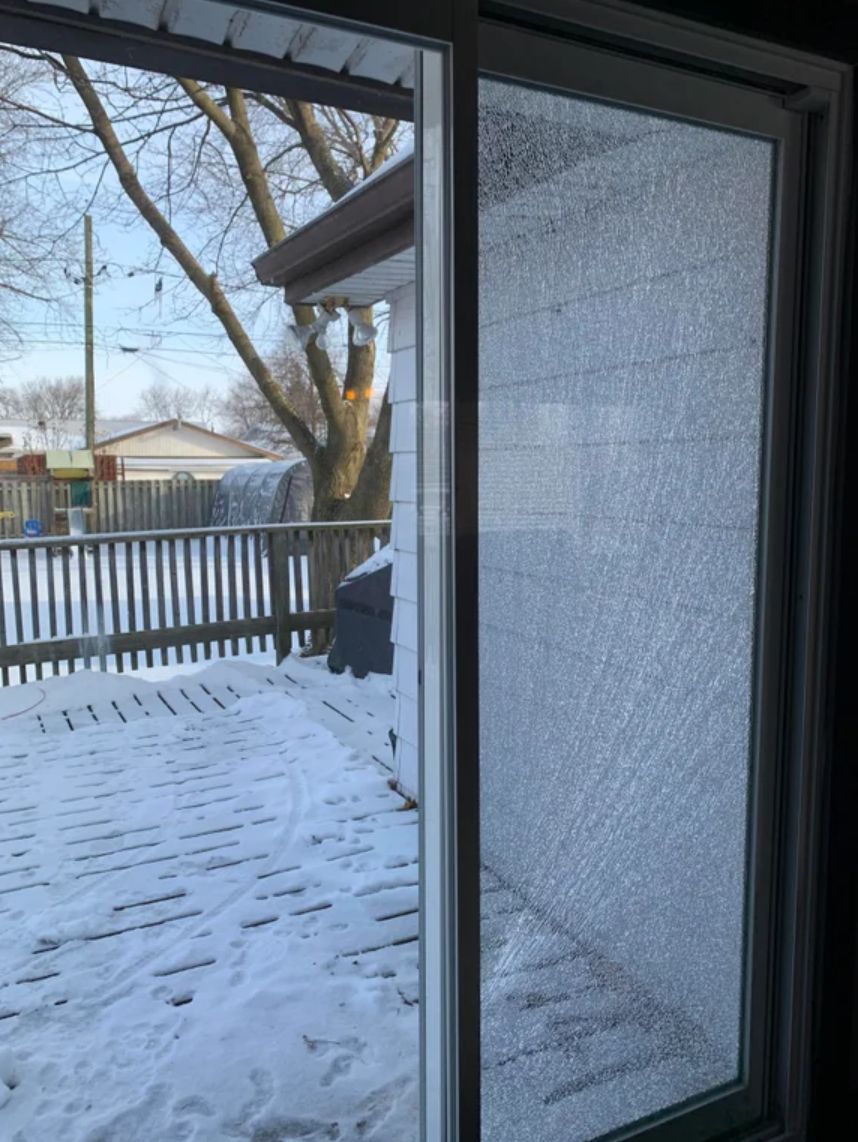 Since there's no evidence that anything slammed into it, they're apparently left to assume that it developed a subtle knick at some point.

If so, the cold weather would then cause it to crack further until the door had finally reached its breaking point.

30. It's likely clear that a lot went wrong in this picture. 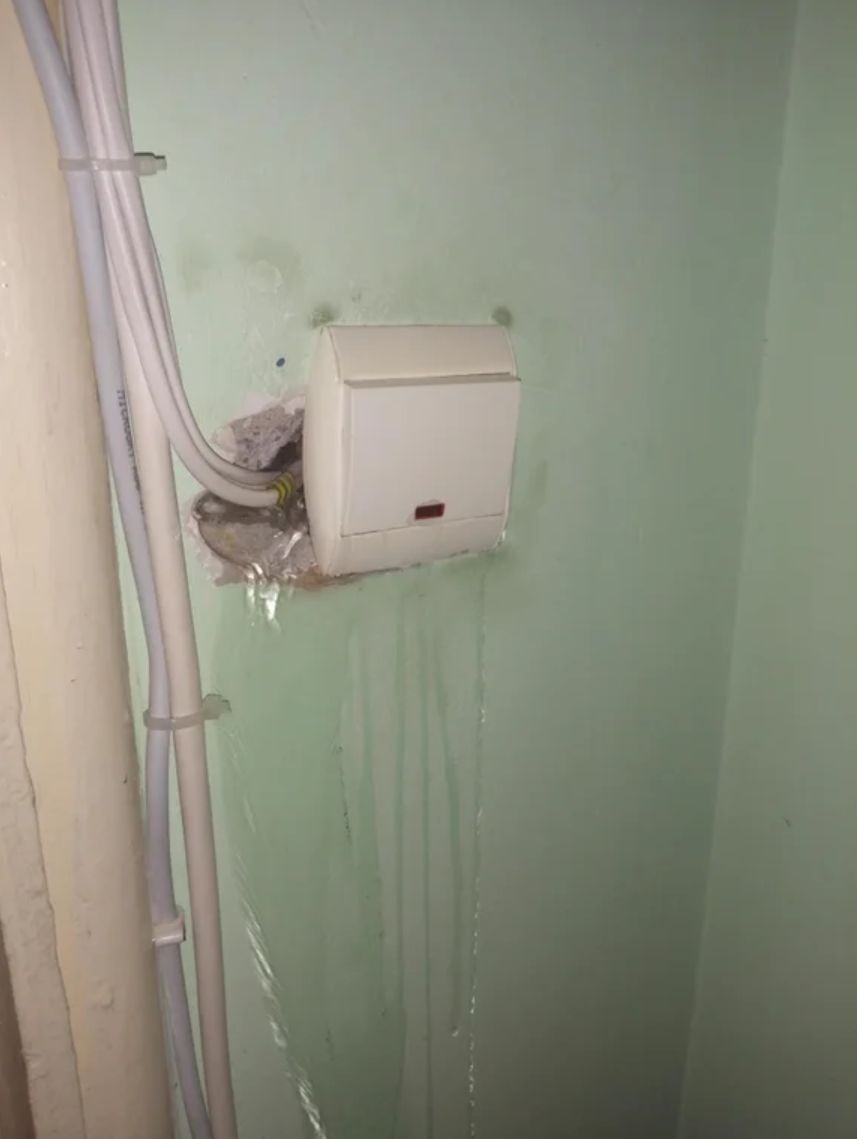 First, the wiring in the walls failed so some temporary wires were placed on the outside until that problem could be fixed.

And while that was going on, this apartment was also having a water pipe replaced until something went wrong during the process and this happened.

No word on whether this sudden burst affected the temporary wires, though.