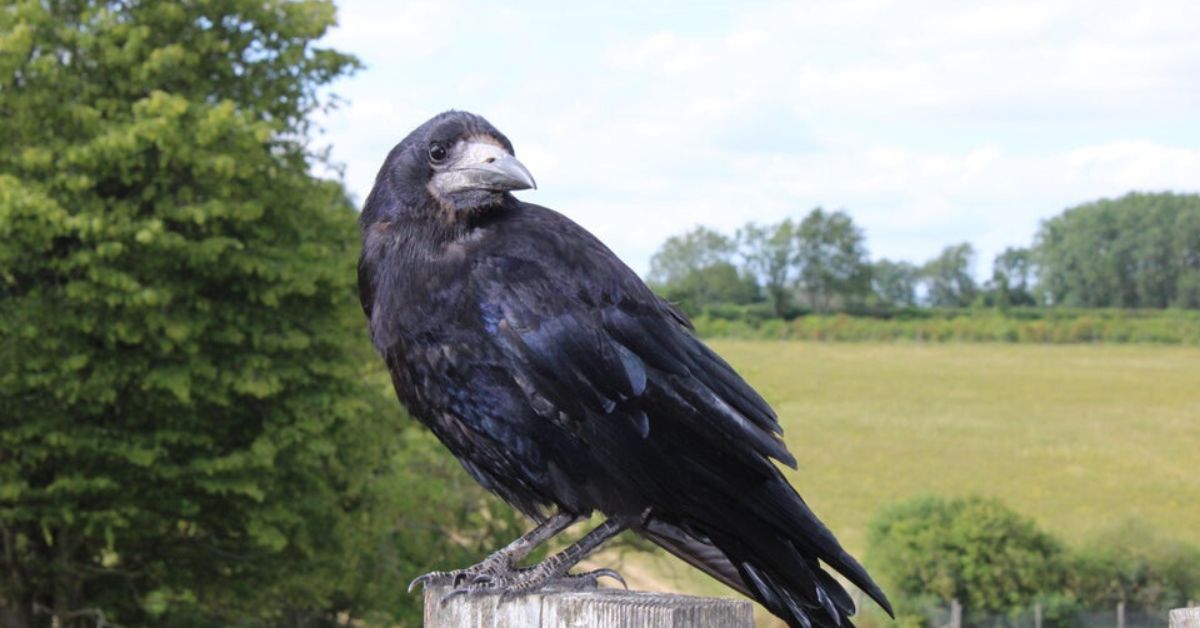 Experiment Shows How Scary Smart Crows Can Be

Humans are quite clearly the smartest animals ever to roam the Earth, although 15 minutes on social media will certainly have you questioning that. But hey, the fact there there are social media platforms to spread people's less brilliant moments is a massive accomplishment in itself.

What's more, we very much like to think of ourselves as having these big brains that separate us from the rest of the animals on the planet. So, when animals show off an ability to grasp things that we believe only humans should be able to do, it's more than a little off-putting. It can be downright spooky.

It's one of the great oddities of evolution that humans should have developed our big, wonderful brains, when no other animals out there did.

Why should we be the only animals with our level of intelligence? Why should we not only be smart, but so very much smarter than all the other creatures in the world?

Well, maybe we should take a wee step away from our high horses, because there are some surprisingly smart animals out there, and we're not talking about dolphins.

Crows have been shown to have some pretty startling problem solving abilities.

Check out this crow that figured out to dump things into water to raise its level so it could retrieve the thing it couldn't reach otherwise. You know, just mastering the concept of water displacement, no big whoop.

And then there were the crows dropping nuts into traffic to get cars to run them over and crack the shells.

I mean, that's incredibly clever, and not just for a bird, but yes, for a bird, too. If someone called you bird-brained, would you take it as a compliment?

Yeah, me neither. But crows might just change my thoughts on that.

Crows have been spotted doing things like tossing trash away, which is more than can be said for all too many humans. 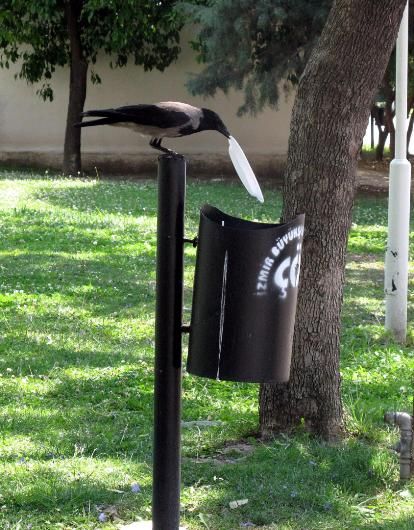 So those humans definitely have no more excuses — surely if a bird can do it, they can do it, too.

Crows are also among very few animals in the world that can not only use tools, but make their own.

In a 2002 University of Oxford experiment, a New Caledonian crow named Betty bent a piece of wire that allowed her to hook a piece of meat and retrieve it from a tube.

As if that wasn't amazing enough, years later wild crows were observed fashioning hooks of their own, which, after some further experimentation led to a major realization: they could design and build their own tools.

So, naturally, scientists have looked further into how well crows can use tools to solve problems.

Betty and those other crows mastered hooks, but what else could they do? Well, how about solving a problem using a sequence of three tools?

Again, University of Oxford researchers discovered that crows can plan at least three steps ahead, using tools in the right sequence to achieve a goal.

That's something that no animal other than humans had previously been known to be capable of.

In their latest experiment, the crow researchers at the University of Oxford tried to find out if crows could take it a step further. 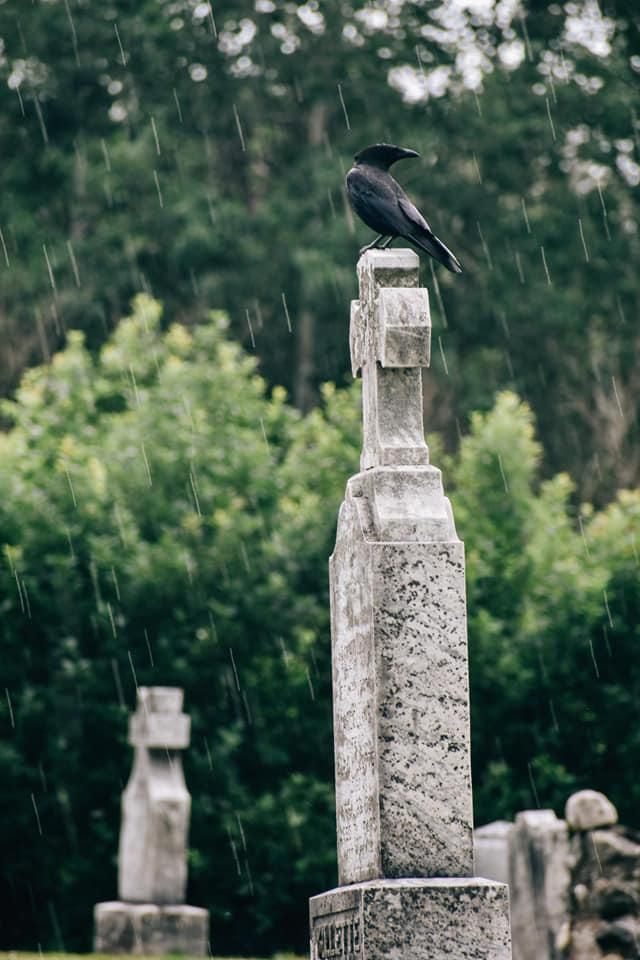 Again, that's something only humans and great apes have been known to be able to do, and something human children don't develop for several years.

To get an answer, the researchers presented the crows with a puzzle they had never seen before. 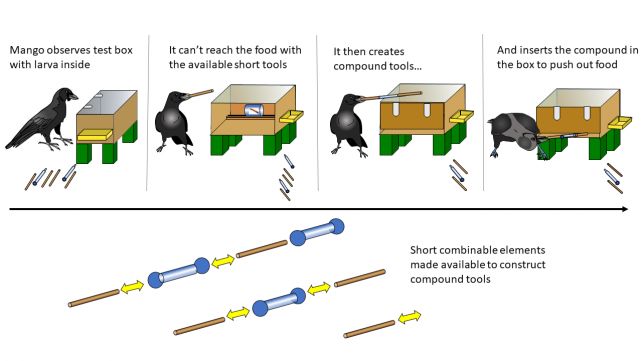 Inside was a morsel of food. To reach the food, they had a few sticks to choose from, none of which was long enough on its own to do the job.

Four of the crows involved in the experiment figured out to combine the sticks to push the food out of the box. One, a crow named Mango, "was able to make compound tools out of three and even four parts," wrote the researchers in a statement.

The researchers weren't able to say how the crows figured it all out, however.

"It is possible that they use some form of virtual simulation of the problem, as if different potential actions were played in their brains until they figure out a viable solution, and then do it," suggested Alex Kacelnik.

But whatever the case, it's still a great result. "The finding is remarkable because the crows received no assistance or training in making these combinations, they figured it out by themselves," said August von Bayern.

The findings were published in Scientific Reports.