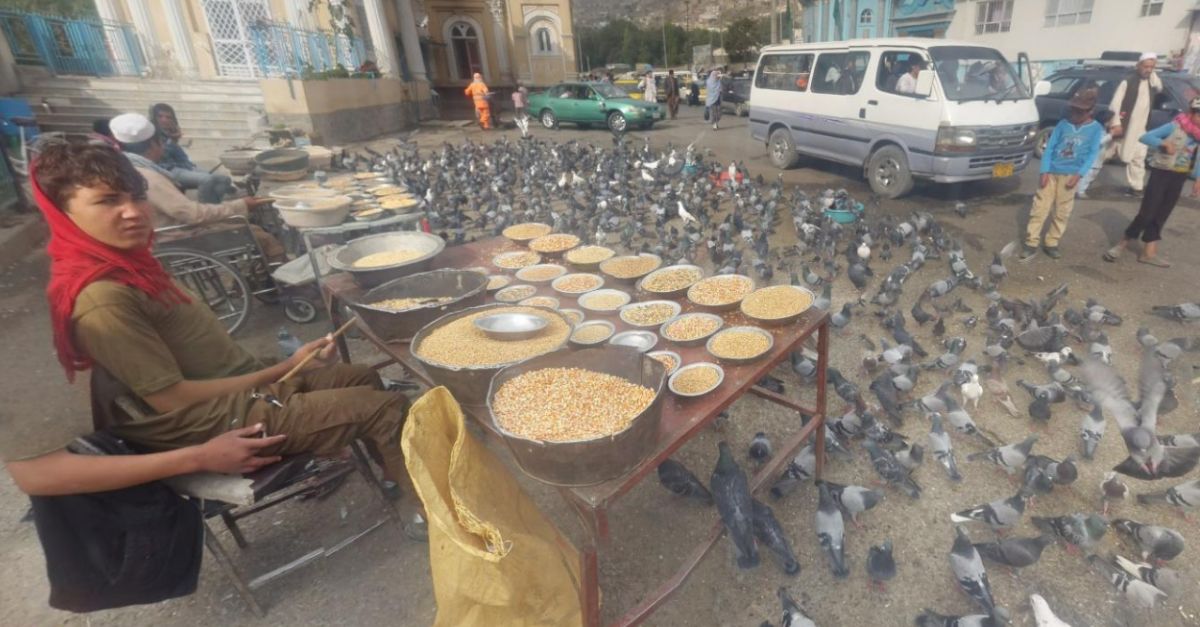 The life of a Google Street View driver likely involves travelling down a lot of lonely, boring roads to ensure that Google has as much of our real world mapped out as possible.

Still, anyone whose job involves a lot of driving will eventually see some stuff that almost defies explanation. And when a Street View driver sees it, so does everybody else.

Sometimes, this involves catching people in the middle of awkward situations, while other moments feature people intentionally posing for the car. But some of the best ones don't involve people at all.

So today, we're going to look at some interesting times that Google's eye on the ground took an unexpected peek at the animal kingdom.

1. Someone likely zoomed in on this photo many times, but it was indeed taken by a Street View camera. 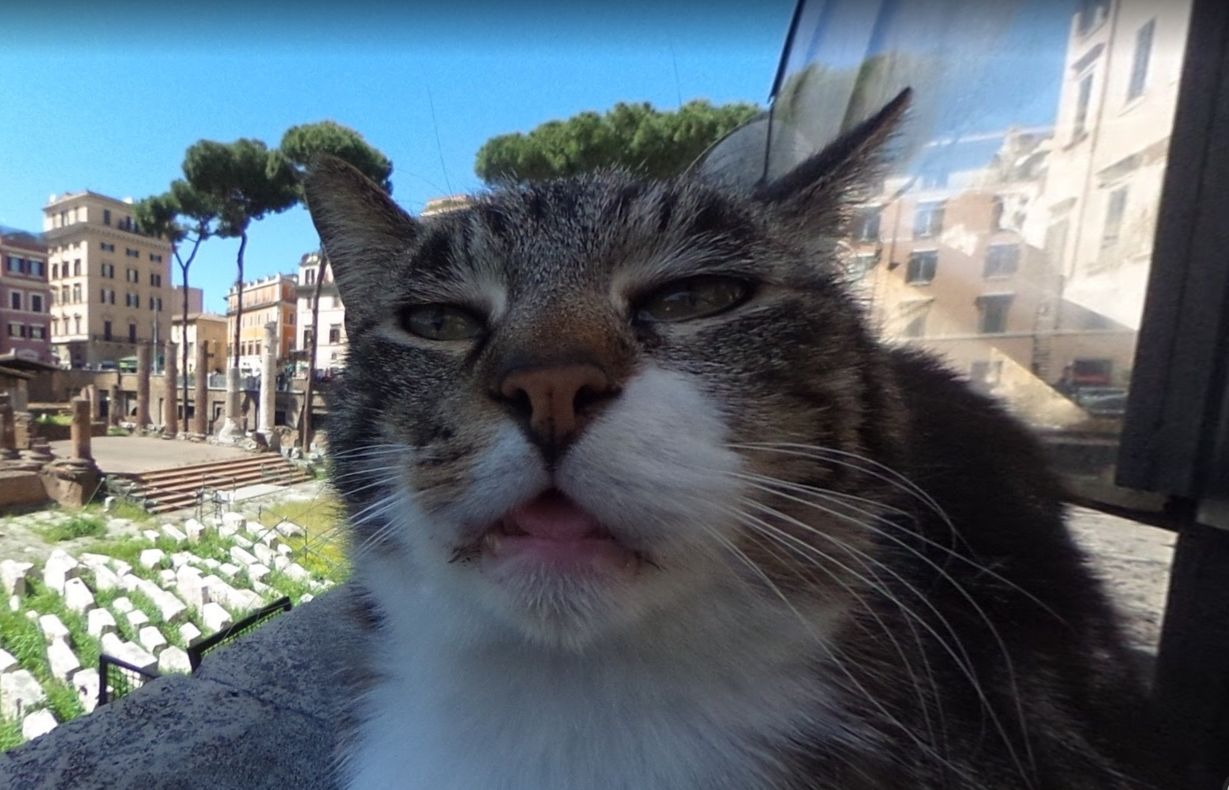 If you don't believe me, look up the Largo di Torre Argentina square in Rome and unless the scene has changed since this was taken, you'll probably see this less than impressed cat.

2. Unlike with most of the photos on this list, this collage actually gives us the street view from both perspectives. 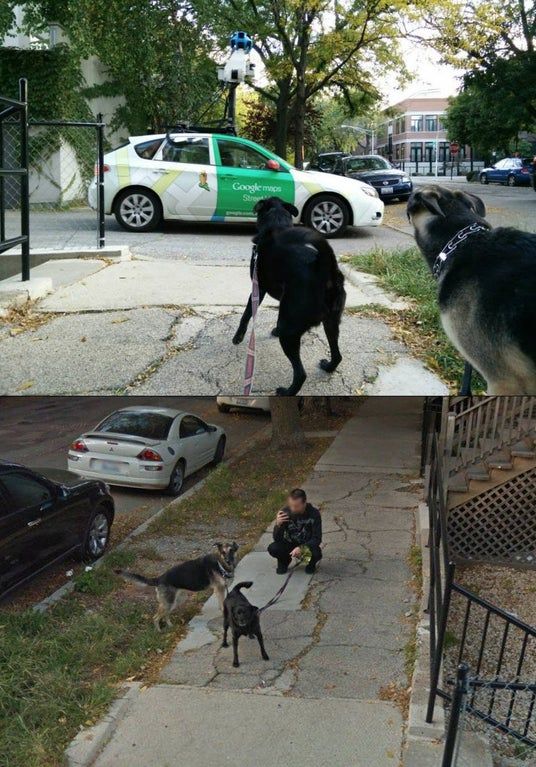 Right when the driver got a shot of these dogs freaking out at them, their owner documented his efforts to hold them back.

3. The good thing about being one of these drivers is that if Google's wondering what the hold up is, they can find out in real time.

Only to total monster would expect this one to go anywhere while the world's most adorable parade is unfolding in front of them.

4. Considering it already has something to eat, it's hard to tell what this seagull wants with the Street View camera. 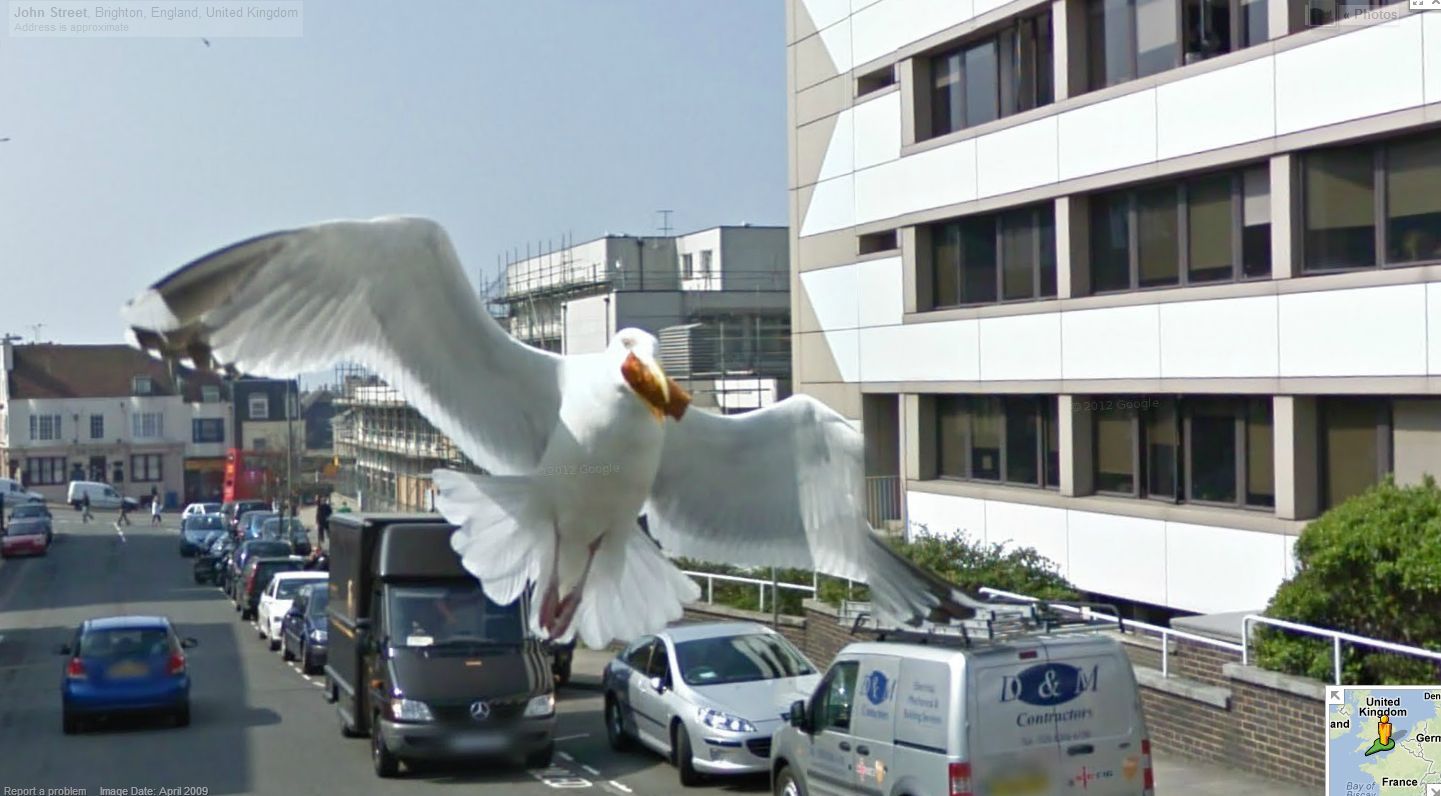 After all, if it had privacy concerns, Google would be more than happy to blue its face out for it.

5. Oh, did you think I was kidding about Google blurring animals' faces? 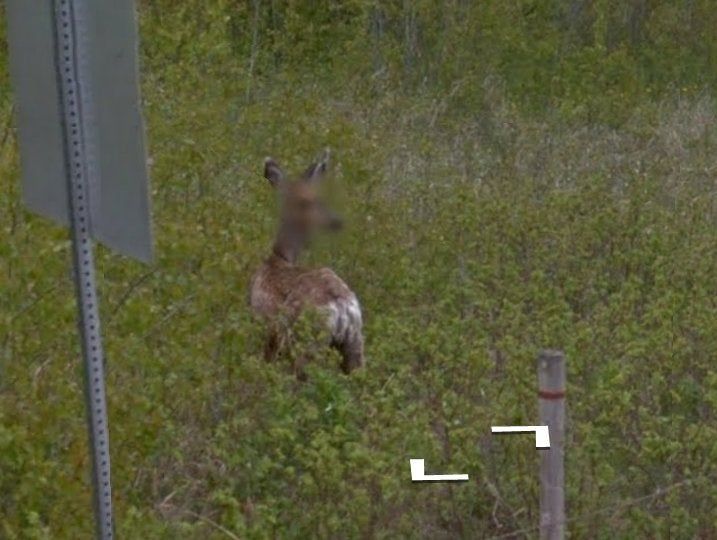 Because that's exactly the kind of treatment this deer received. I'm not sure how it was able to put in this request, but it's good to see that the company takes this matter seriously.

6. No matter how big of a surprise the seagull was for that driver, however, at least they didn't have a whole flock of them to deal with. 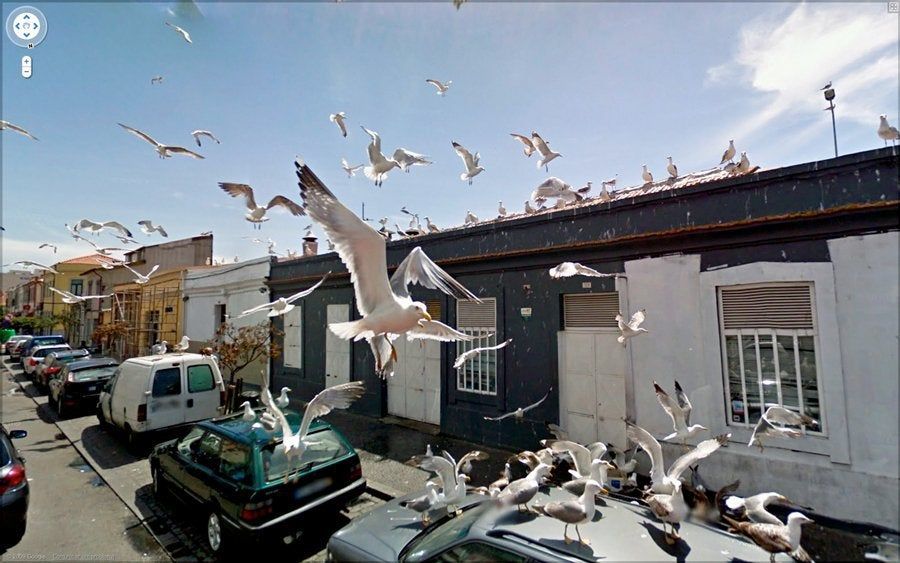 Unless a plane happened to drop a load of fish here by accident, it's kind of hard to tell what has them all so excited.

7. As many of us do, the uploader decided to look up their house on Google Maps only to find this scene. 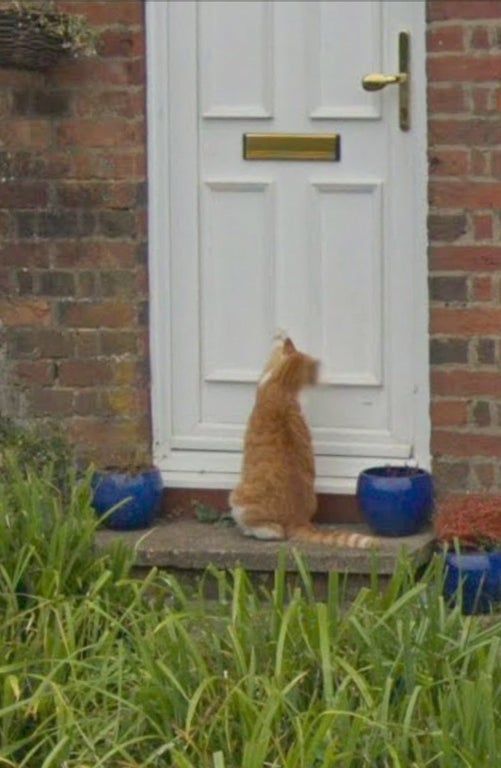 Yup, it appears that the car drove by right as their cat was ready to come back in. I have to admit, it's knocking very politely.

8. Most of the time, the birds seem to surprise the drivers, but it looks like we have the reverse happening here. 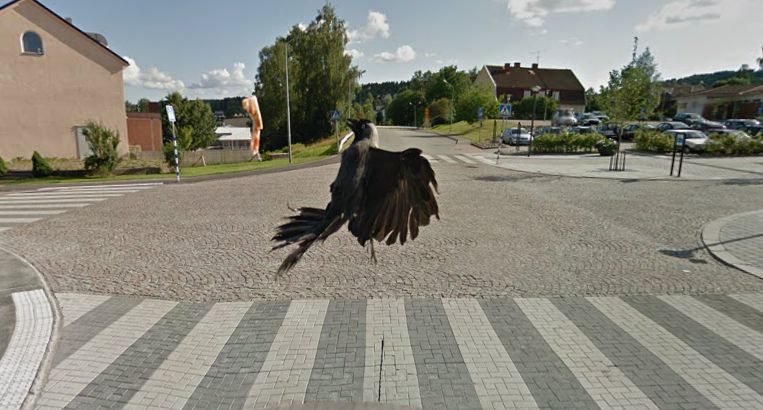 Although you'd think a car with a weird camera on it would be hard to miss, this crow looks very shocked to almost run into it.

9. This cow was spotted wandering around the side of the road in rural British Columbia, Canada. 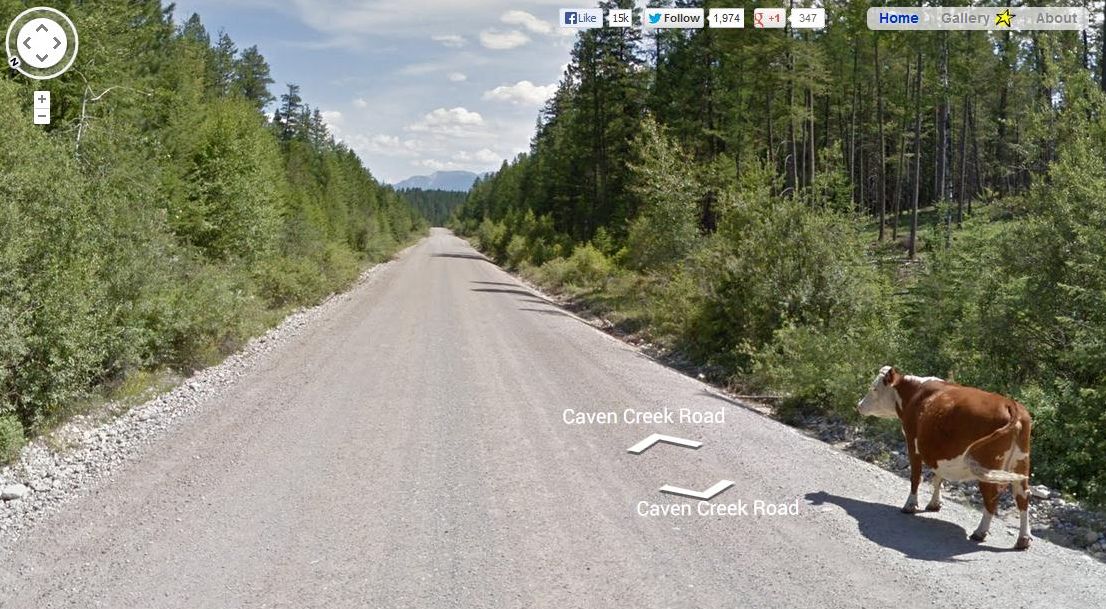 Since that's not an area where wild cattle are known to appear, we can only guess that this one escaped from somebody's farm

10. It may seem like the Street View car ran over this poor donkey, but it seems that it decided to just take a roll in the dirt.

After all, the donkey was facing the car as it approached and appears to be standing just fine in this shot from behind it.

11. A sleepy waterfront street in Japan became a lot more lively once the Street View car showed up. 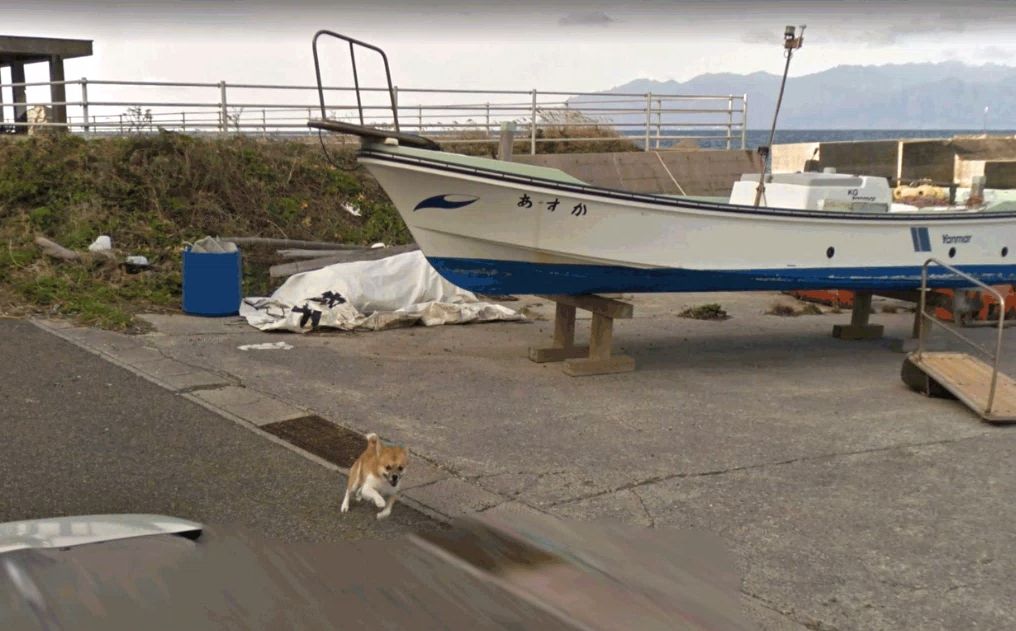 That's because this little Shiba Inu decided to chase it for the entire time the car was traveling on the road here.

If you want to see each adorable frame for yourself, I collected all of them right here.

12. It seems that seagulls just can't leave these Street View cars alone because here comes another one. 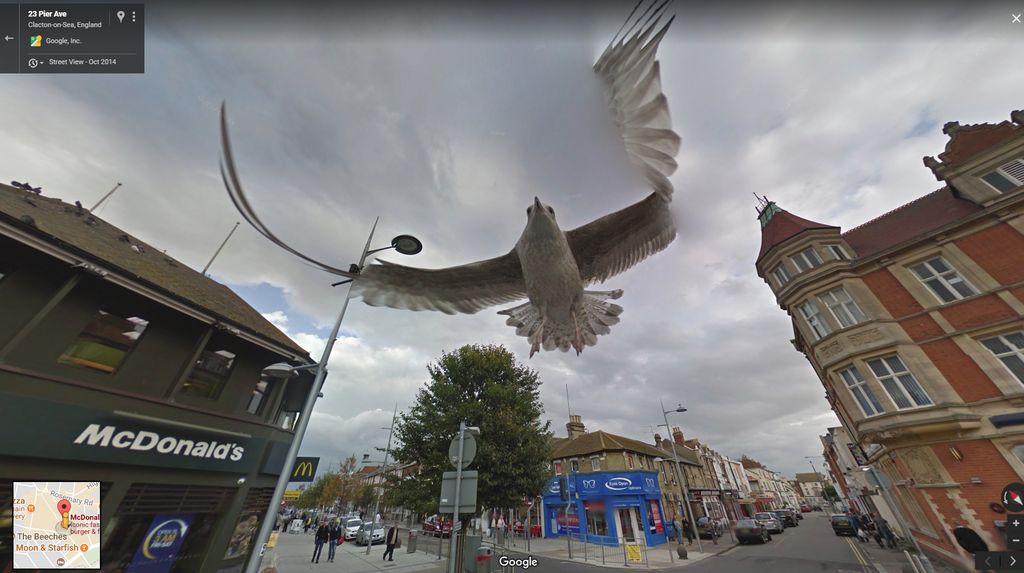 This time, it's swooping down and seems poised to do something aggressive to it. You can never predict seagulls, man.

13. The uploader referred to this as the "rare Cameroonian short-muzzled horse."

I'll save you a Google search and tell you that no such animal exists. In reality, what likely happened here is that this horse and rider ended up stuck between the points where Google stitched two Street view photos together.

That can make creatures look a little weird in some photos.

14. A similar visual glitch is probably why there appears to be a flying rabbit in Poland. 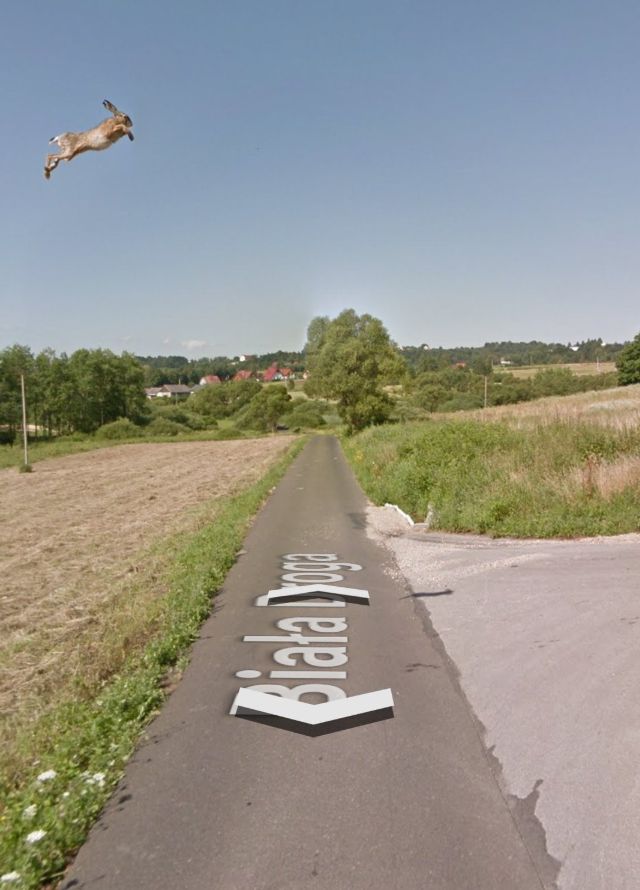 After all, there's no part of the world where even the most sprightly hare can jump this high. Google's glitches make the world pretty wild sometimes.

15. Here we see a large group of pigeons who are somehow resisting temptation and not mobbing this stand in Kabul, Afghanistan.

Once again, we're also seeing another glitch here in the form of a strange arm floating next to the vendor.

16. We've seen a lot animals today, but none of them were as colorful as these two. 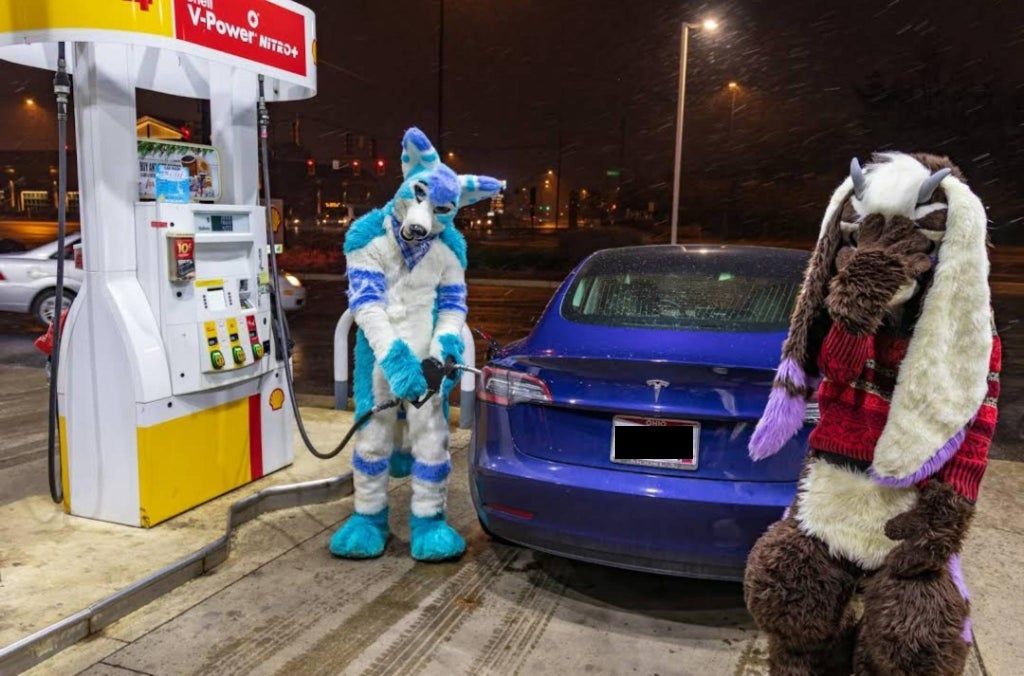 OK fine, they're not technically animals, but they definitely look the part today. You never know what you're going to see when you're a Street View driver.