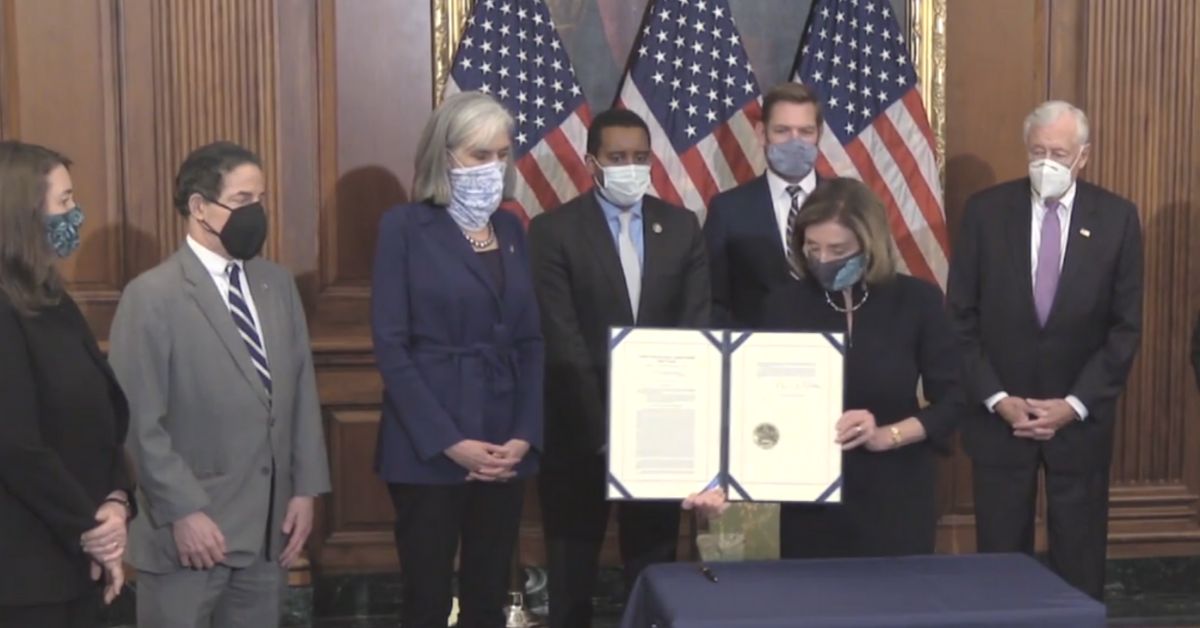 Former president Donald Trump set a number of dubious firsts in his tenure, most notably that he became the first U.S. president in the nation's 200+ years of history to be impeached twice.

Although two other presidents have been successfully impeached in the past, none has ever been convicted by the Senate — but we just got a step closer to finding out if Trump will become the first to do that as well.

Speaker of the House Nancy Pelosi announced today that the House would send the article of impeachment on incitement of insurrection to the Senate on Monday.

In a statement, Pelosi said that "The article of impeachment for incitement of insurrection by Donald Trump will be delivered to the Senate on Monday, January 25.

"We are respectful of the Senate’s constitutional power over the trial and always attentive to the fairness of the process, noting that the former president will have had the same amount of time to prepare for trial as our Managers. Our Managers are ready to begin to make their case to 100 Senate jurors through the trial process."

Once the article is in the Senate's hands, the former president's trial can begin.

The trial is currently slated to begin at 1 pm on Tuesday, January 26, unless senators agree upon a delay, CNN reported.

Whether a delay will be necessary or not is unclear at present, but Trump reportedly had difficulty finding representation — only having retained South Carolina lawyer Butch Bowers as of January 21 — according to Reuters, and so his legal team may need time to prepare.

While the timing remains up for debate, Senate Majority Leader Chuck Schumer underscored Democrats' determination to go forward with the trial.

"Make no mistake about it," Schumer said. "There will be a trial, there will be a vote, up or down on whether to convict the president."

However, Schumer's plate was already full as he's also engaged in negotiations regarding how to organize and share power in the new Senate, and the new administration in the White House isn't slowing down in sending a slate of cabinet nominees to confirm.

A conviction would require a two-thirds majority, and with 50 Democrats holding seats, 17 Republicans would have to vote against Trump to secure the conviction.

That may seem unlikely, but Minority Leader Mitch McConnell has told Republican senators that their decision on whether or not to convict Trump will be a "vote of conscience," AP News reported.

McConnell has also said that he hasn't made up his mind on impeachment. "I have not made a final decision on how I will vote, and I intend to listen to the legal arguments when they are presented to the Senate," he said, according to The Guardian.

This impeachment trial breaks new ground on a number of fronts.

For one, never before has a president faced a charge of inciting an insurrection to overturn legitimate election results.

For another, Trump is no longer the sitting president, so conviction at trial will no longer remove him from office. Texas Senator John Cornyn also argued that the Senate lacks standing to try Trump now that he's a private citizen.

What's at stake for Trump is his future as a politician — if convicted, the Senate could then take measures to prevent Trump from ever holding public office again. 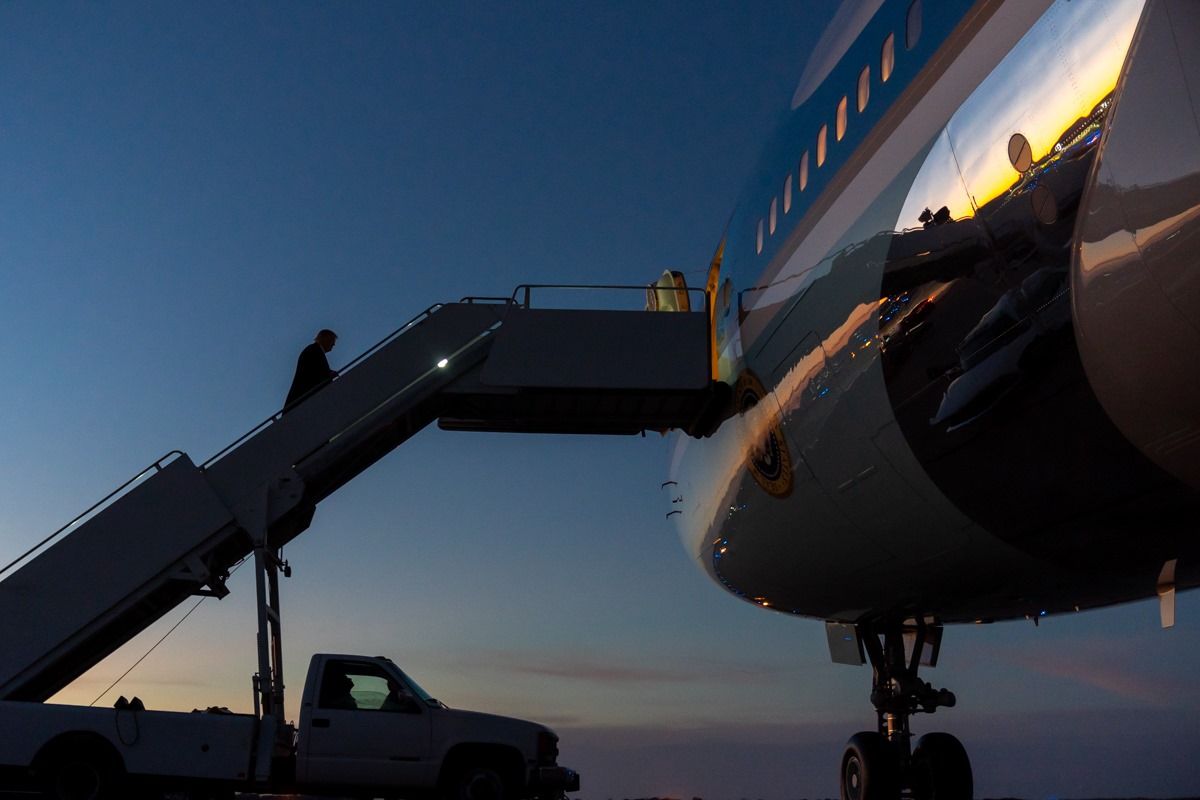 And even that makes any political calculations murky for Republicans. Although many in the Senate with their own presidential ambitions would likely relish an open field in 2024, they still respect that a vote against Trump may have serious consequences for them at the ballot box.

Frank O. Bowman III, a University of Missouri law professor, told The Guardian that how Republican senators vote "will have everything to do with their narrow political calculation about balancing whatever allegiance they may feel to the constitution with concerns about being attacked from the Trumpist right, to, on the other side, a sense that I suspect many of them have that if they could rid themselves of this turbulent priest, and not have to suffer any major electoral consequences, they’d do it in a minute."