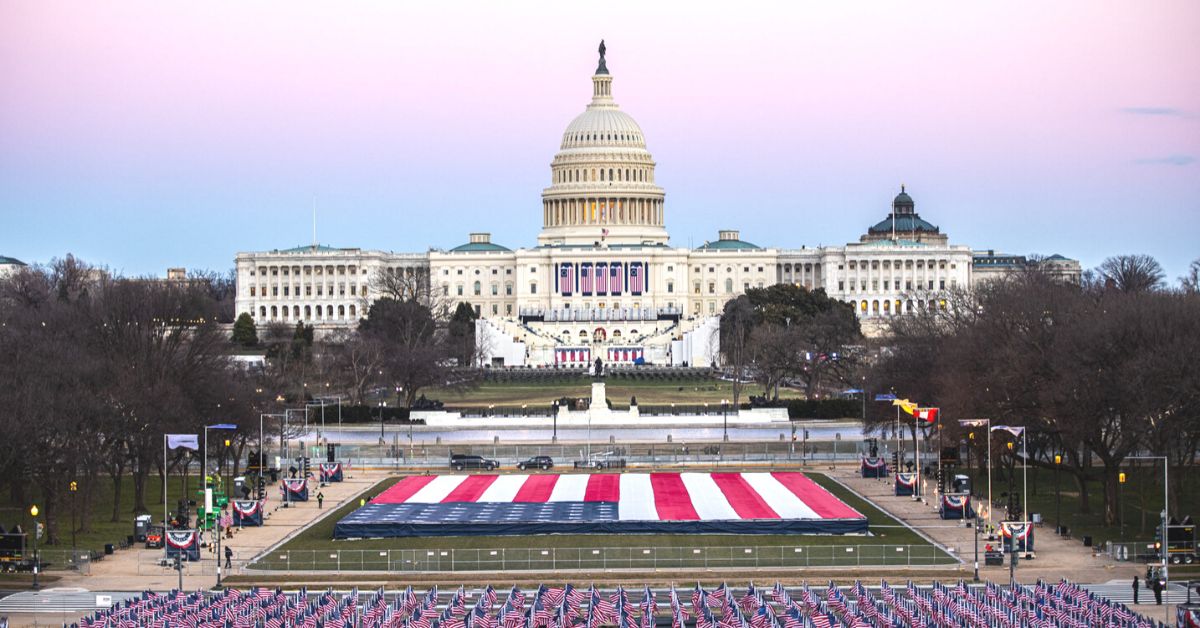 A new chapter in American history begins every four years, on January 20, when a new administration takes over governing the nation. A peaceful transfer of power has been a hallmark of U.S. democracy since its inception, and in 2021, that tradition took a significant hit — but, nevertheless, democracy has persisted.

The swearing in of Joe Biden as the 46th President of the United States by Chief Justice John Roberts completed that transfer of power, signaling an end to a tumultuous, agonizing electoral cycle and beginning a period of high expectations in which Democrats have control of both houses of Congress and the executive branch.

It's only been two weeks since a pro-Trump mob overran Capitol police and stormed the halls of Congress.

As we've since learned, January 6 could have been a much darker day for America were it not for some spectacular timing by those guarding members of Congress and some heroic actions by the outnumbered Capitol police.

The assault on the Capitol resulted in surreal scenes in the nation's capital as streets around the Capitol have been closed off to traffic and thousands of National Guard troops have been brought in to address security concerns.

Even before the troops arrived, Biden's inauguration was destined to look very different from past affairs.

Given the ongoing COVID-19 pandemic, attendance at the event already needed to be greatly reduced. As it happened, about 1,000 people — all seated with social distancing in mind — were able to be on hand for the ceremony, including former presidents Barack Obama, George W. Bush, and Bill Clinton, but not outgoing President Trump. Trump's decision to not attend makes him the first outgoing president since Andrew Johnson to skip his successor's inauguration.

Despite the unusual atmosphere, just before noon, Biden placed his hand on his family's Bible, held by his wife, Jill, to take the oath of office.

Biden became the oldest person to serve as president at 78.

Prior to Biden's swearing-in ceremony, Kamala Harris took her oath of office as vice-president from Justice Sonia Sotomayor.

Harris, the first woman, Black person, or Asian person to serve as vice-president, was escorted to the inauguration by Eugene Goodman, the Capitol police officer recognized for his quick-thinking actions to direct a mob inside the building away from the Senate chambers.

Biden is expected to have a busy day ahead of him.

After giving his inaugural address, Biden has many other ceremonies to attend, including laying a wreath at the Tomb of the Unknown Soldier and swearing-in ceremonies for his appointees.

His administration has also lined up many Day One objectives and a long list of executive actions to address, including re-joining the Paris climate agreement and the World Health Organization, and halting evictions and student loan payments, as CNN reported.