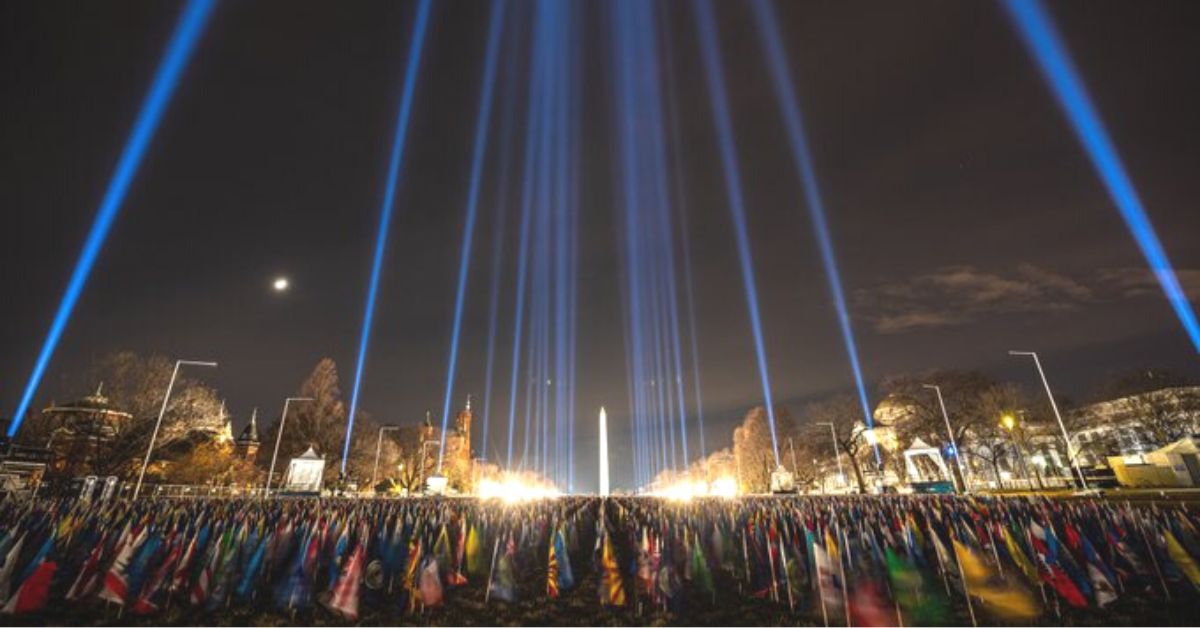 200,000 Flags Cover National Mall For Those Who Can't Be At Biden's Inauguration

There was no way that President-elect Joe Biden's inauguration wasn't going to be a very different affair from every past presidential inauguration.

Given the way that 2020 unfolded — and 2021, so far — the event simply couldn't be normal. As if the pandemic gripping the nation wasn't enough to knock the ceremony on its ear, the crush of Trump supporters rioting in the Capitol on January 6 ensured the transition from one administration to the next would be markedly different.

But what the scene would actually look like was only recently revealed, and it's striking.

With large crowds unable to gather on the National Mall as they would have in years past for safety reasons, Biden's inaugural committee had their work cut out for them. 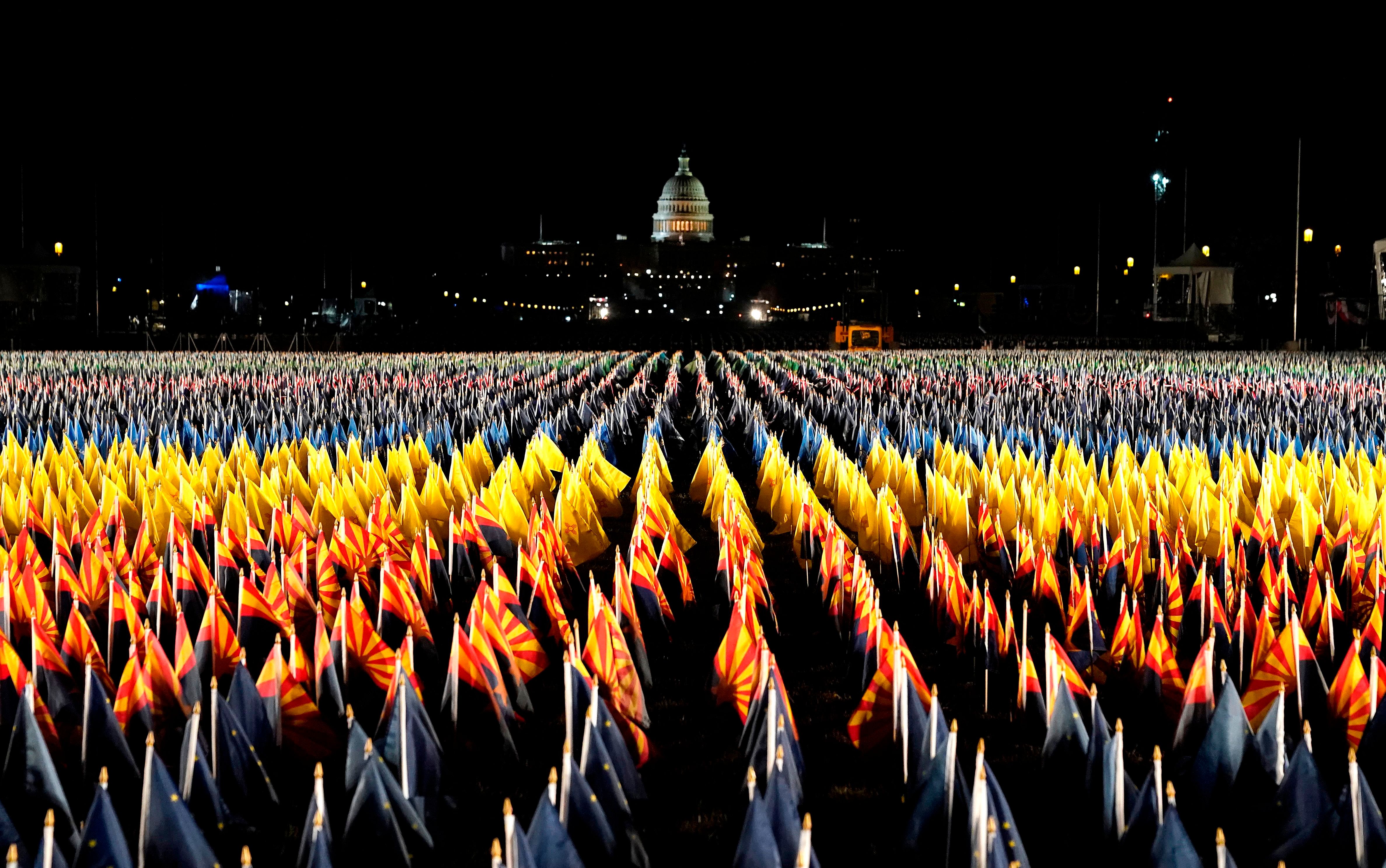 And so, to honor those who couldn't attend the ceremony, the committee has installed a display of about 200,000 flags at the site.

In a statement, the committee called the display "our commitment to an inclusive and safe event that everyone can enjoy from home," CNN reported.

The "Field of Flags," as the display is being called, stretches the length of the National Mall from 3rd Street to 13th Street. 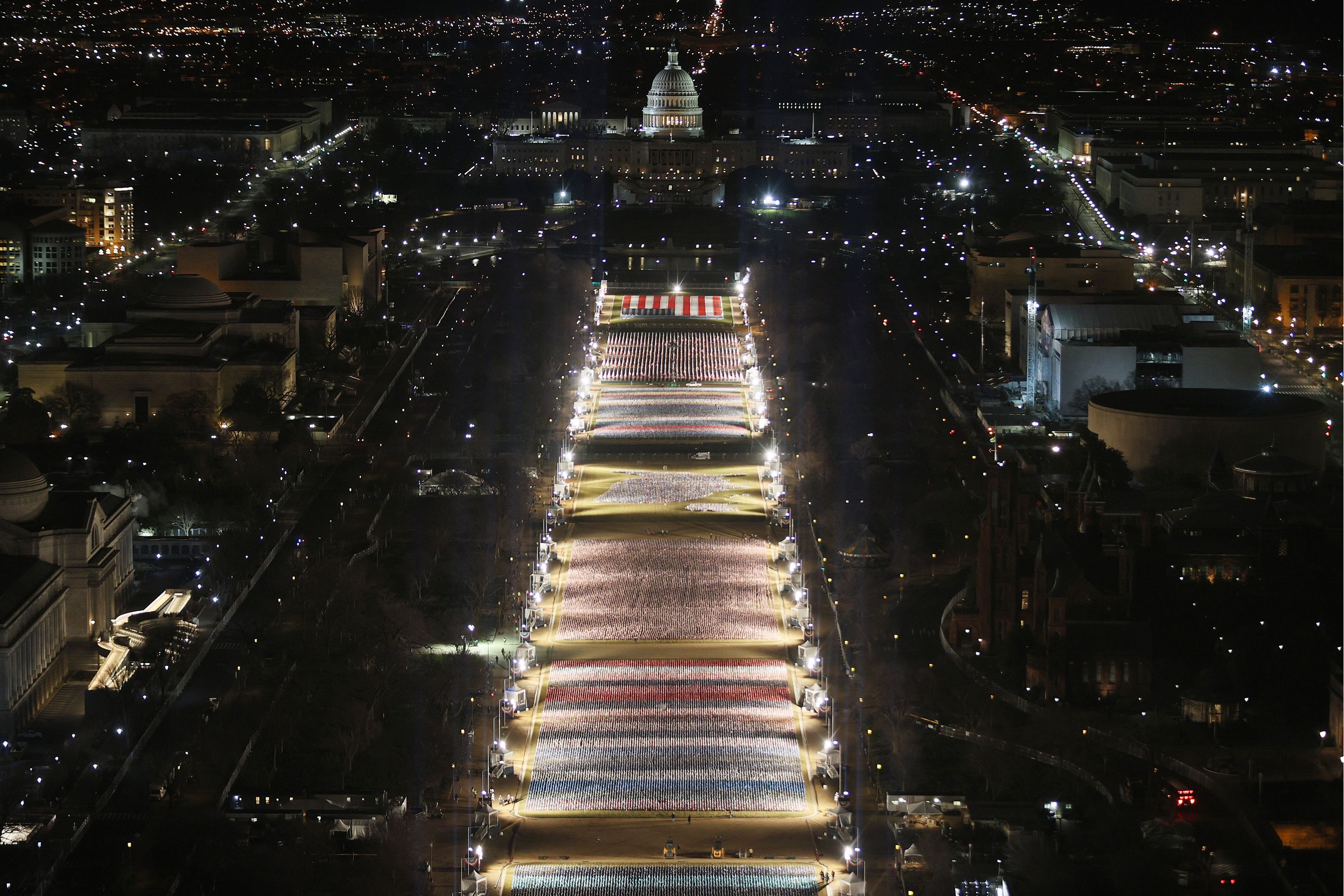 The Field of Flags also features 56 light pillars, one for each state and territory in the U.S., which were illuminated on the evening of January 17 ahead of the inauguration.

The theme for this year's inaugural events is "America United."

"This inauguration marks a new chapter for the American people — one of healing, of unifying, of coming together, of an America united," a statement by Presidential Inaugural Committee CEO Dr. Tony Allen read.

"It is time to turn the page on this era of division. The inaugural activities will reflect our shared values and serve as a reminder that we are stronger together than we are apart, just as our motto ‘e pluribus unum’ reminds us — out of many, one."

It's expected that the swearing-in ceremony will be much more low-key than past ceremonies.

However, Biden will still make an address following the ceremony, as is traditional.