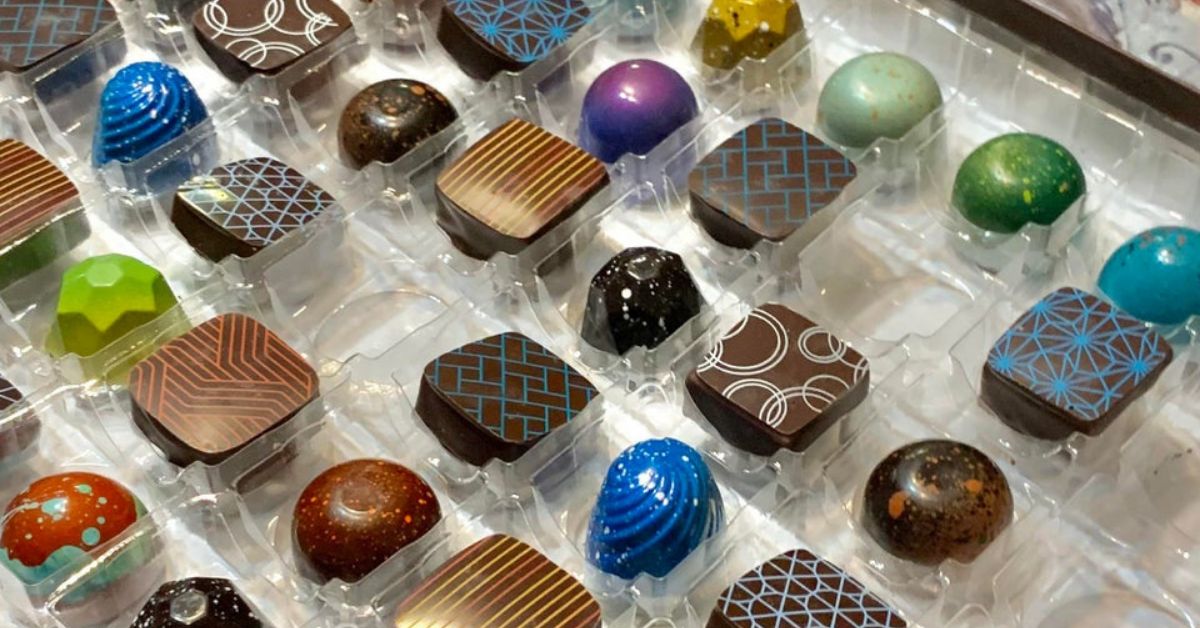 15+ Fascinating Pics That Captured Our Attention

But there are fascinating things happening all the time, sometimes in the most low-key ways, and it's all worth looking out for. You never know, you might learn something while you're at it.

1. You can get sea urchins to wear hats. 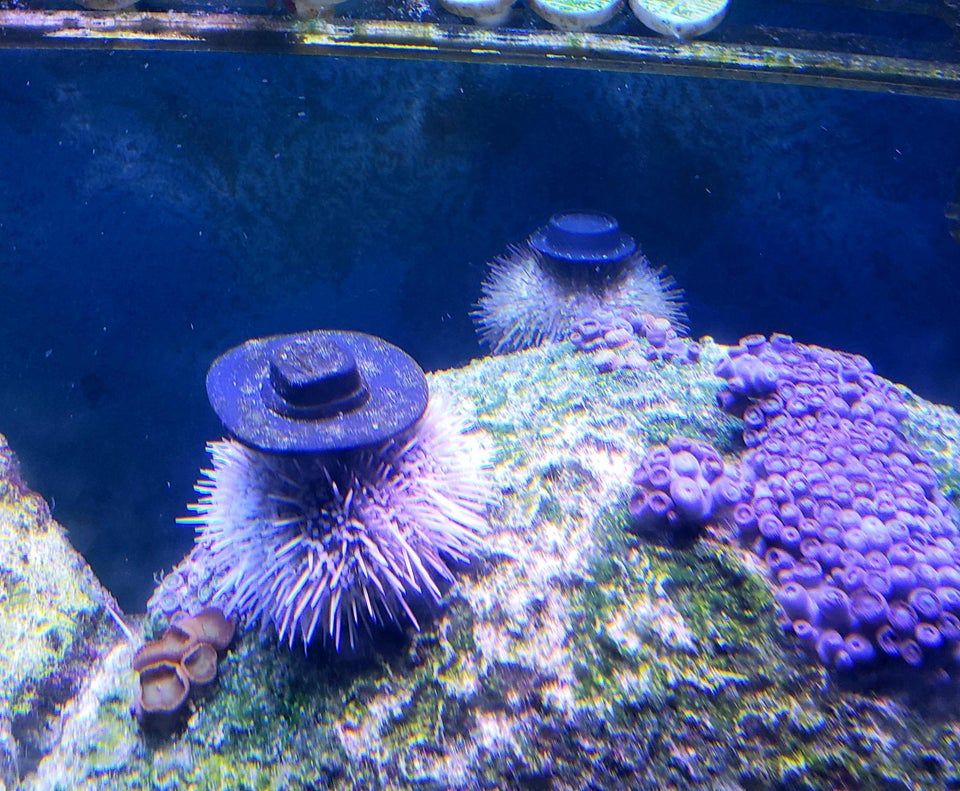 Sea urchins are pretty much just balls of sticky tubes that sit on the ocean floor, and as such, they're not known for their ability to protect themselves. Well, the spiky ones are, I suppose.

But the more rubbery ones have to use what's at hand to defend themselves, so in nature, they'll pick up rocks or shells to cover themselves from danger. So, of course some smart aquarium owners 3D printed some hats and gave them to their urchins and voila, you have sea urchins wearing hats.

2. A lifehack that really works.

When you live in a cold climate, having to scrape your windshield in the morning is a fact of life.

This lifehack takes the scraping out of the equation, though — just a ziploc bag full of warm water can quickly rid your windshield from that layer of frost. 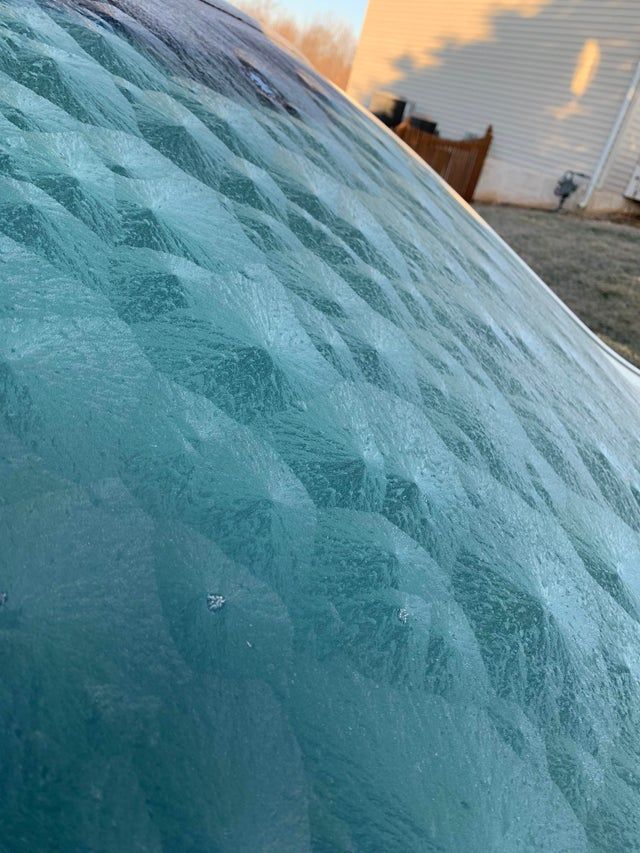 Okay, this layer of ice might be more of a boss fight for scraping windshields. It's a curious formation though, right?

That pattern is the result of a phenomenon called voroni tessellations, in which the ice radiates out from a central point until it bumps up against another patch of ice. 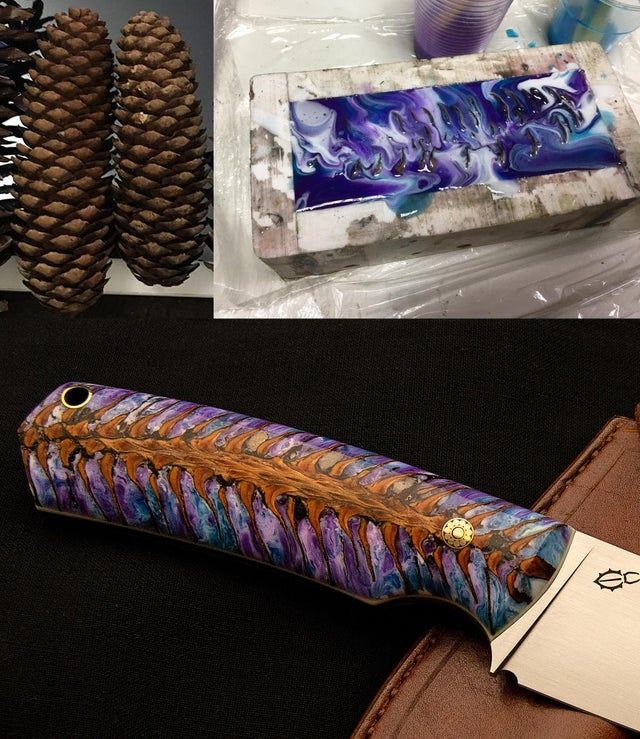 When nature already makes interesting patterns, why not borrow them? A knife maker decided to do just that, incorporating a pine cone into a knife handle and surrounding it with bright, colorful resin.

The results speak for themselves.

For all those who don't live in snowy climates, snow often does this weirdly wonderful thing on bricks where it fills in the seams and the cracks between the bricks first and builds up, revealing the pattern the bricklayer used when laying it all down.

You want to know that your surgeon has steady hands and can make precise movements, and little can demonstrate that so well as a surgeon warming up by doing origami through a laparoscope. 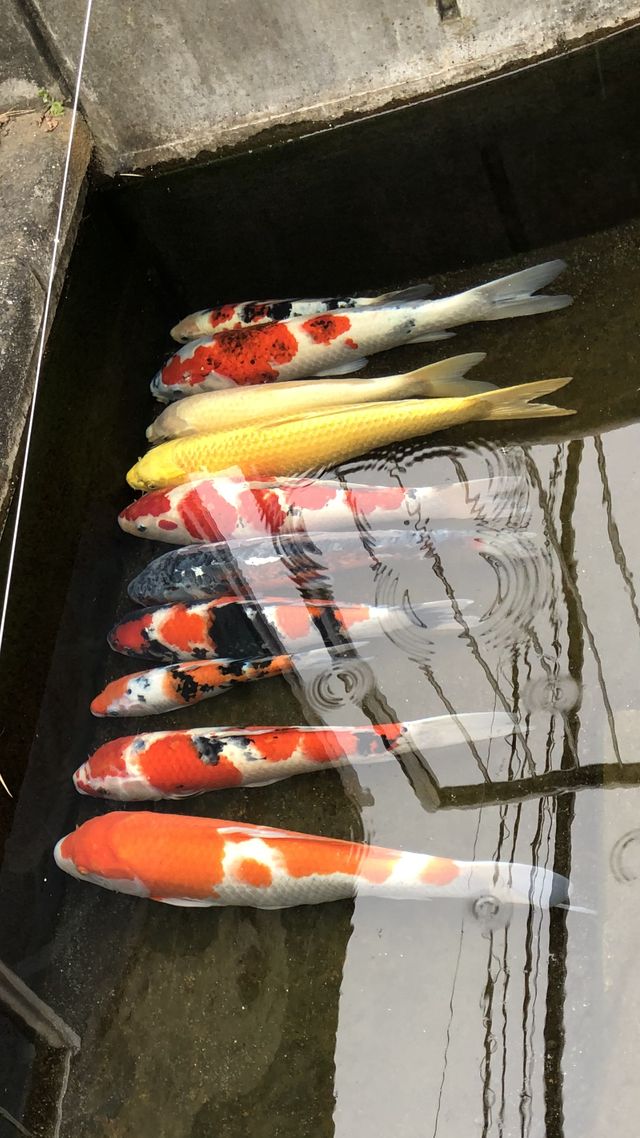 Koi ponds are renowned for their tranquility but that doesn't mean that they're synonymous with order and cleanliness.

Really, they tend to be fairly chaotic. But not with these koi around — they've lined up like they're waiting for dinner. 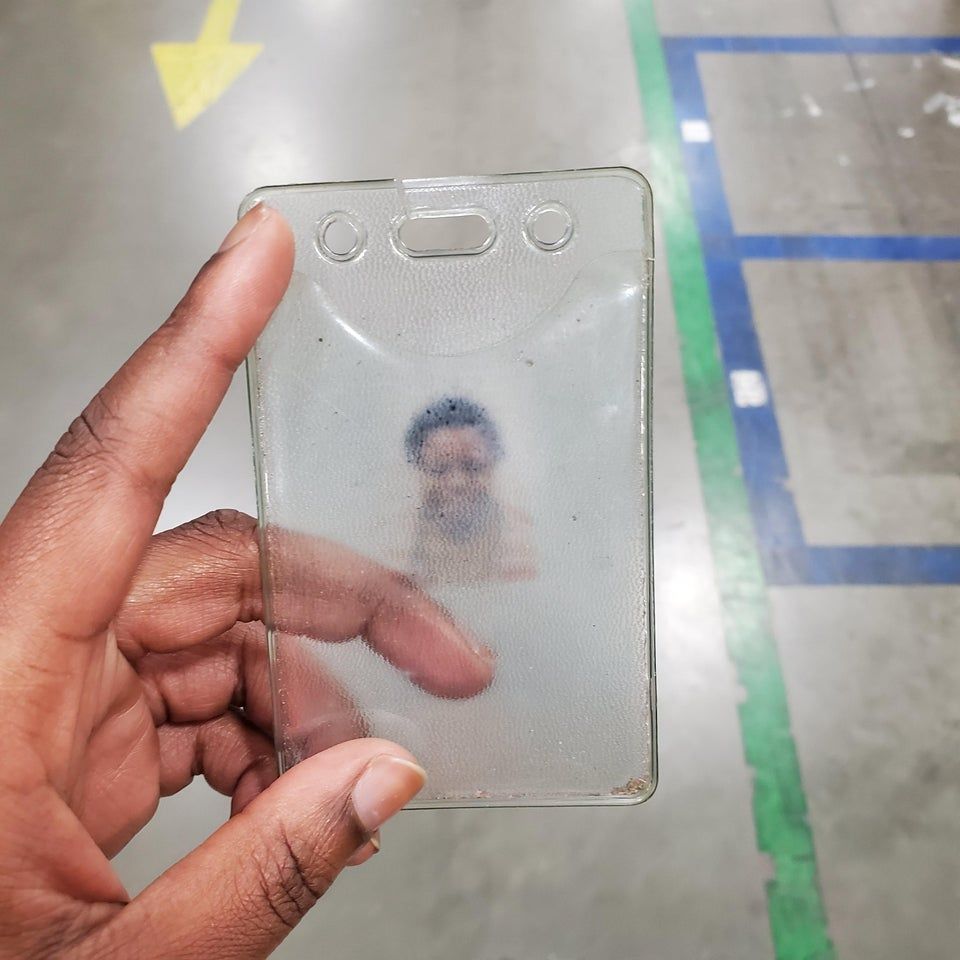 The employee who kept their work badge in this sleeve clearly put in their time — so much so that you can still see their pic where it rubbed up against the plastic every day.

It's kind of a cool souvenir when you think about it.

Just in case you thought humans were the only creatures who enjoy a good surf, check out these sea lions captured playing in some heavy waves.

My goodness, it looks like they're having a grand time out there. 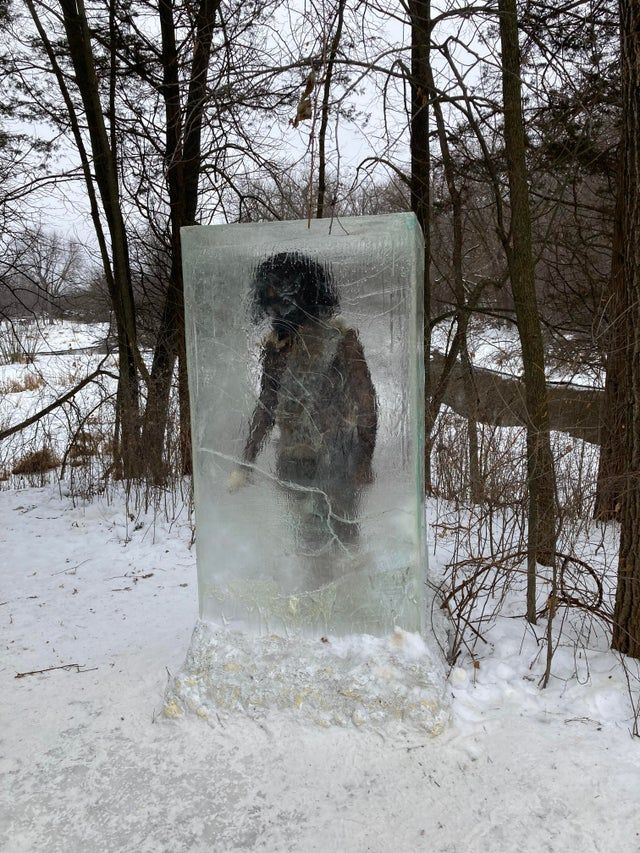 Good news, this is just an art installation in Minnesota. It's supposed to depict a caveman frozen in a large block of ice.

But if it doesn't actually add to many people's nightmares, especially after encountering it on a frosty evening, I'd be shocked. 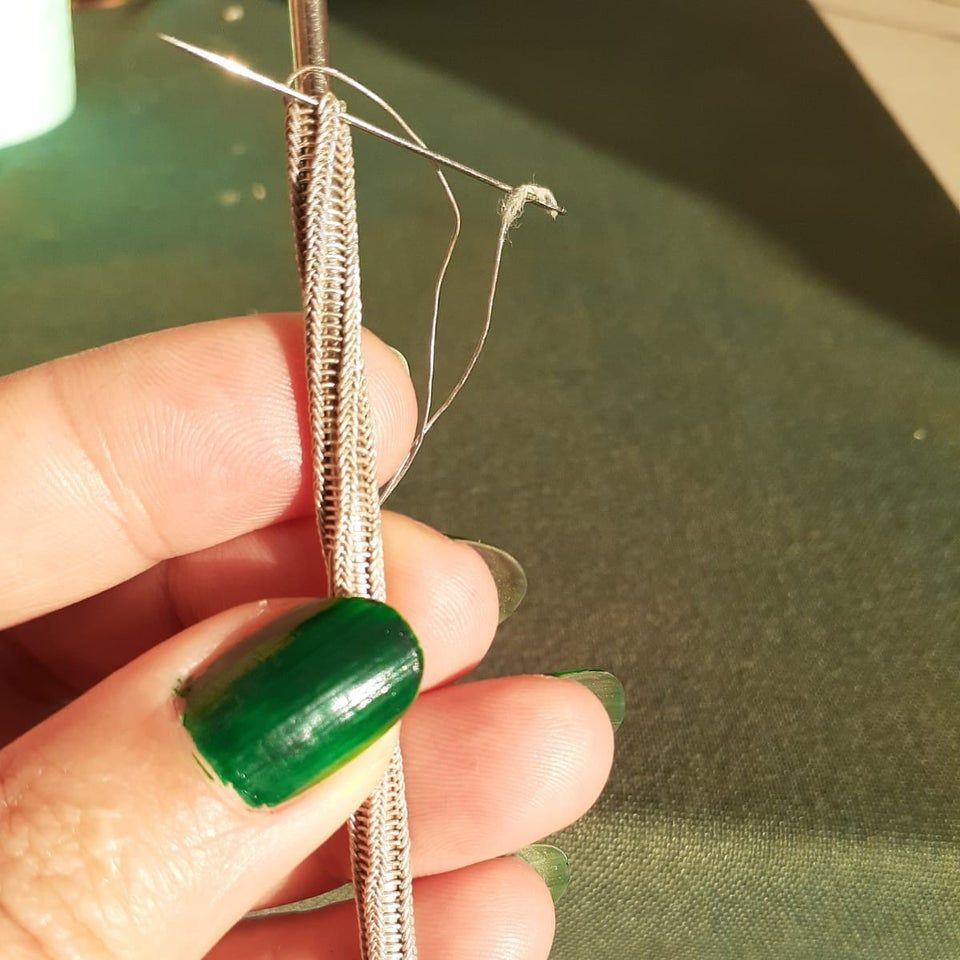 Sewing and knitting are cool, but also fairly normal activities. They get taken up a notch here, however, because this person is using a thread of silver. 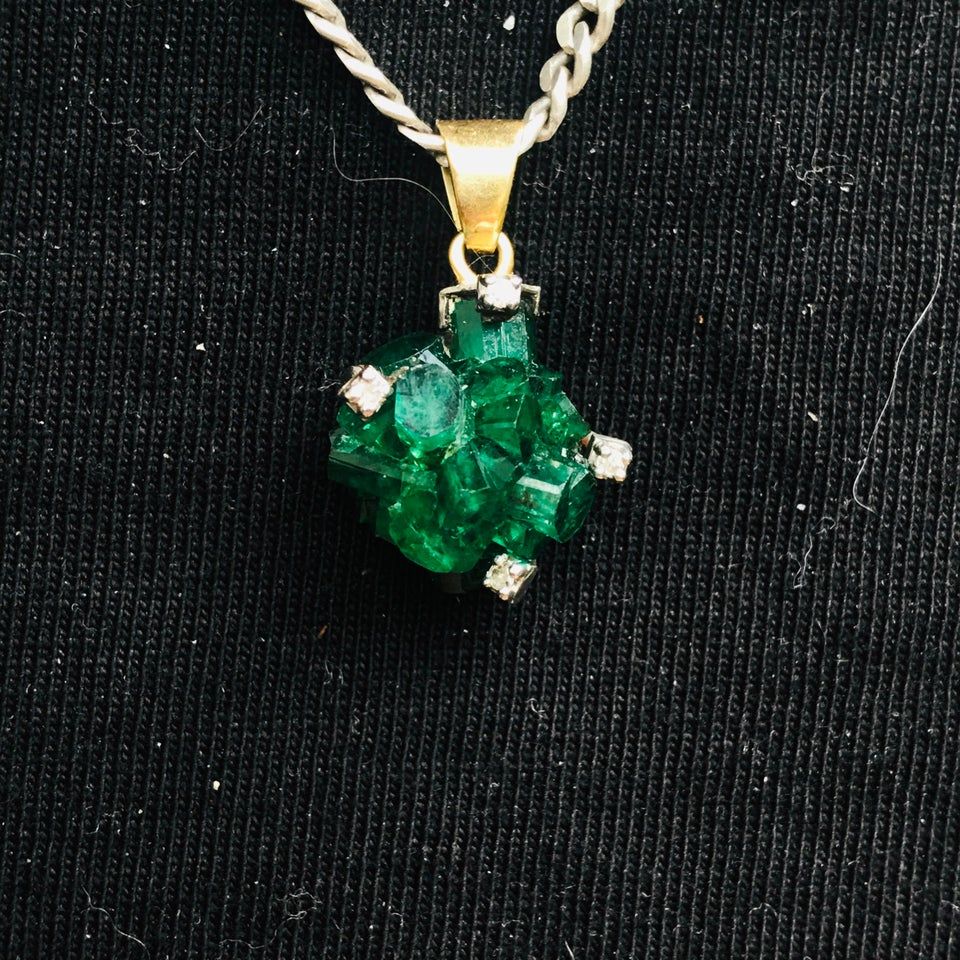 While we're on the subject of jewelry, check out this necklace. It looks a bit lumpy and weird, but that's because it's a raw, uncut emerald rather than a cut and polished stone.

You definitely don't see jewelry made from raw stones often, do you? 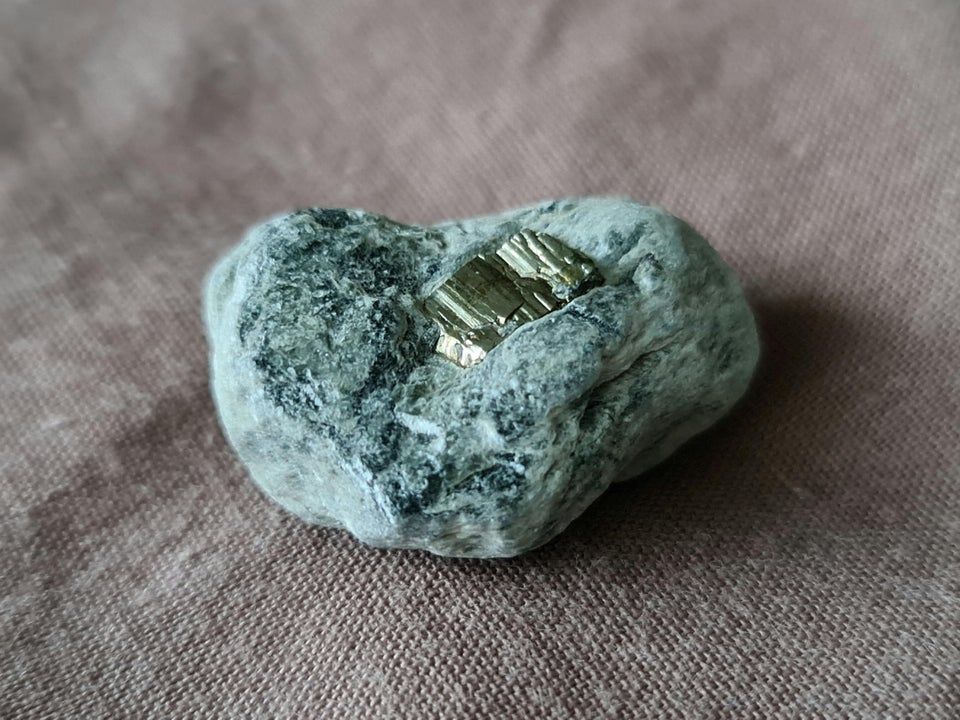 Usually, I just find rocks that have more rock inside. This one has an interesting surprise in the middle: a lump of fool's gold, or pyrite.

If you ever think you might have struck it rich, you can be certain with merely a magnet: gold isn't magnetic, but fool's gold — iron pyrite — is magnetic. 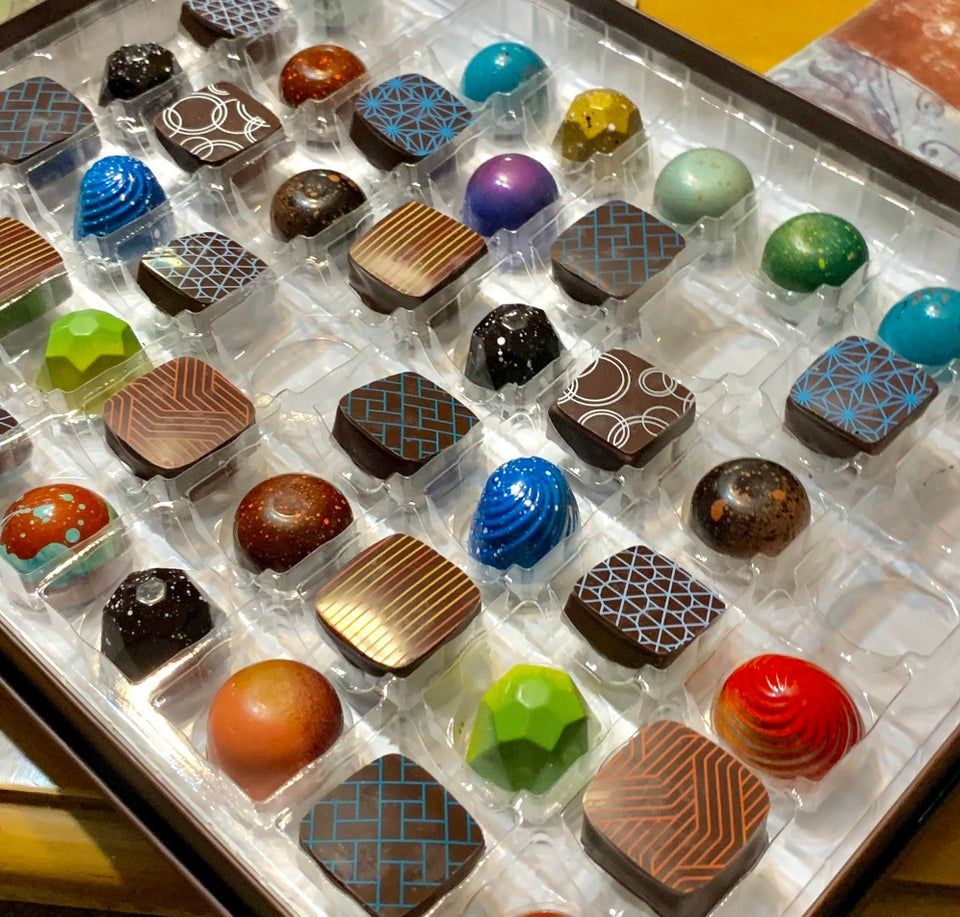 And these aren't gem stones at all, even though they look like they belong under a display case. They're actually chocolate!

Which, honestly, is a bit disappointing because I wouldn't want to ruin them by taking a bite. 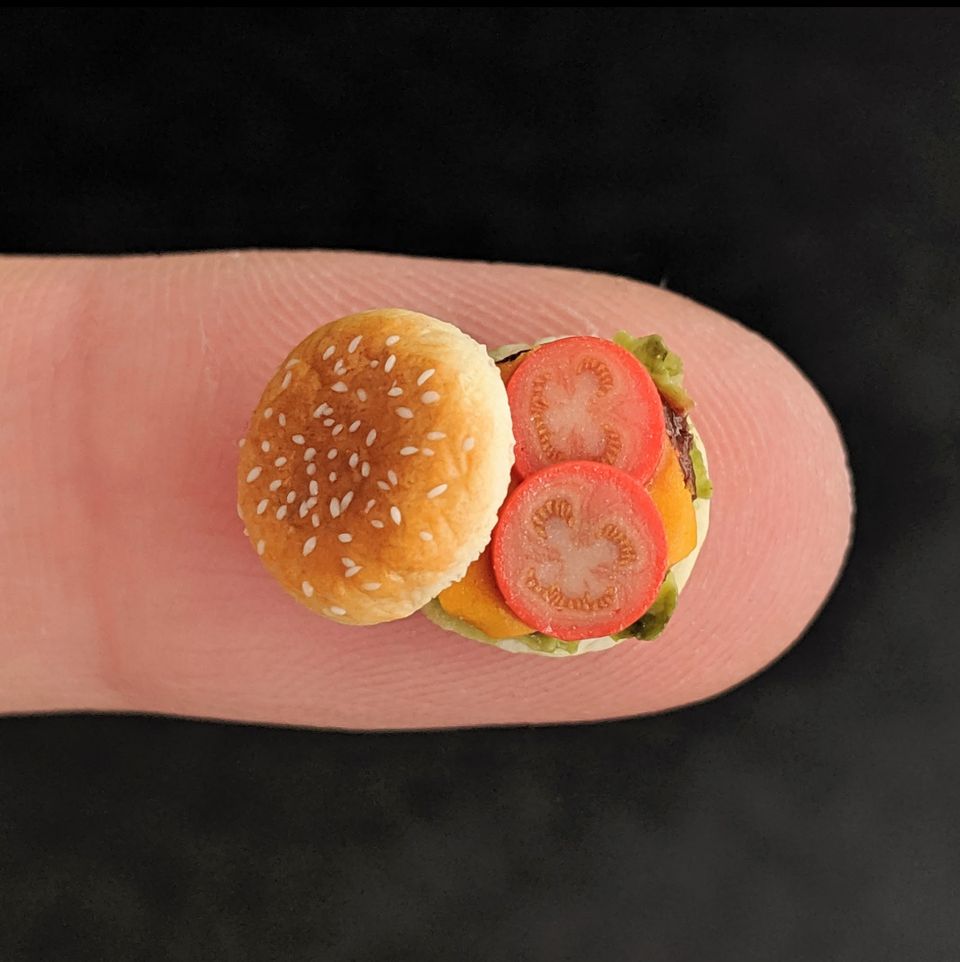 Obviously, you don't have to worry too much about being faked out by this tiny hamburger as it's clearly not food.

Instead, it's been fashioned from polymer clay — and it's some great work, right down to the lettuce. 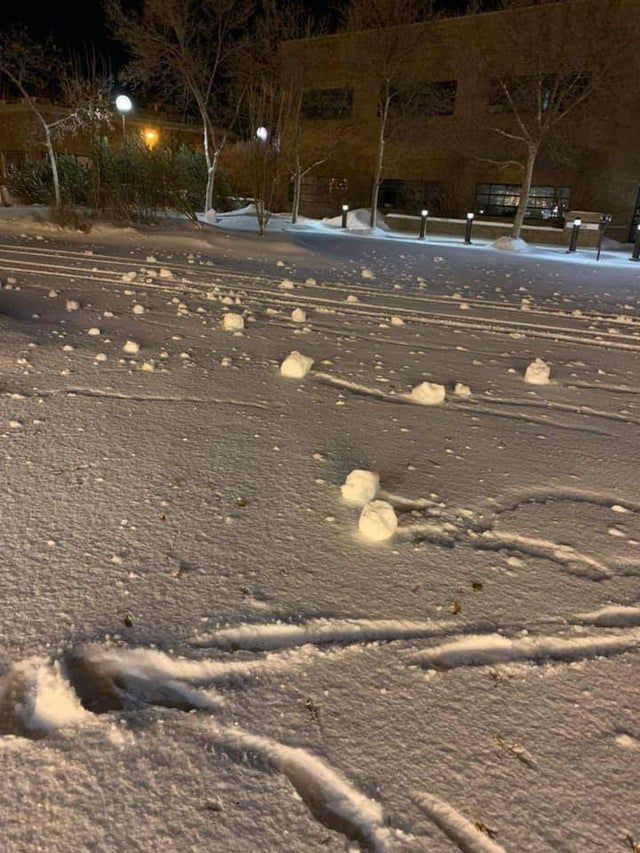 When conditions are juuuuust right, with the wind blowing at the right speed and angle, and the snow light enough, snowballs can just kind of make themselves and start rolling along.

It's like nature is just begging you to build a snowman.

17. Now you're playing with brain power. 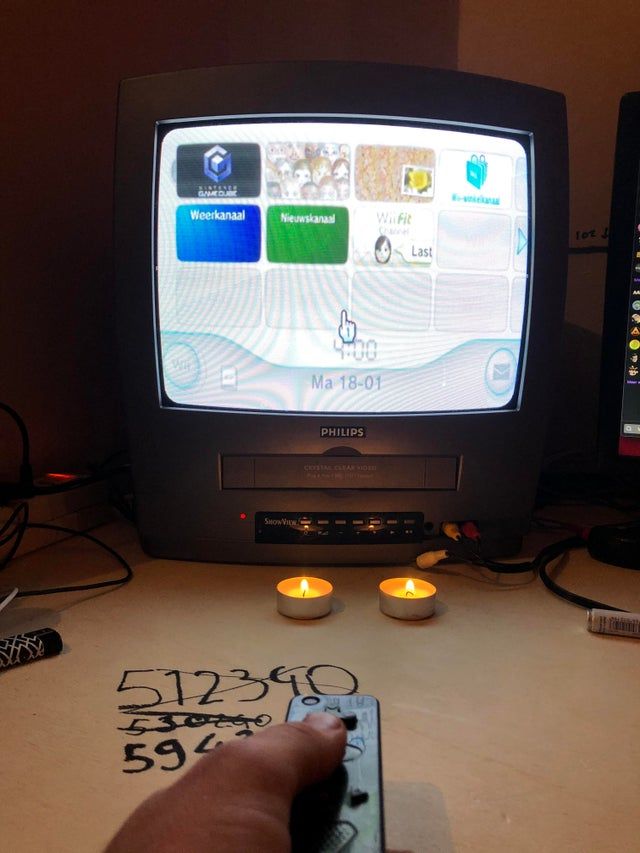 The Nintendo Wii relies on infrared points in its sensor bar to track the movements from the controller.

The owner of this Wii lost the sensor bar so to improvise, they used two candles, which work as the infrared points instead. Nicely done! 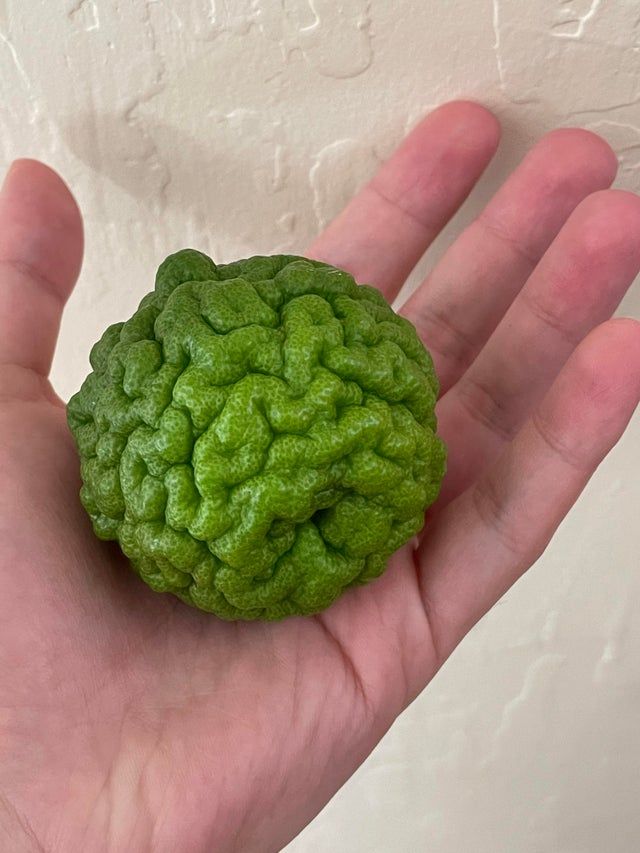 I know, it's weird. You could be forgiven for thinking that something went terribly wrong as this lime grew, but no, it's actually a kaffir lime. That greatly wrinkled surface is just how they grow. 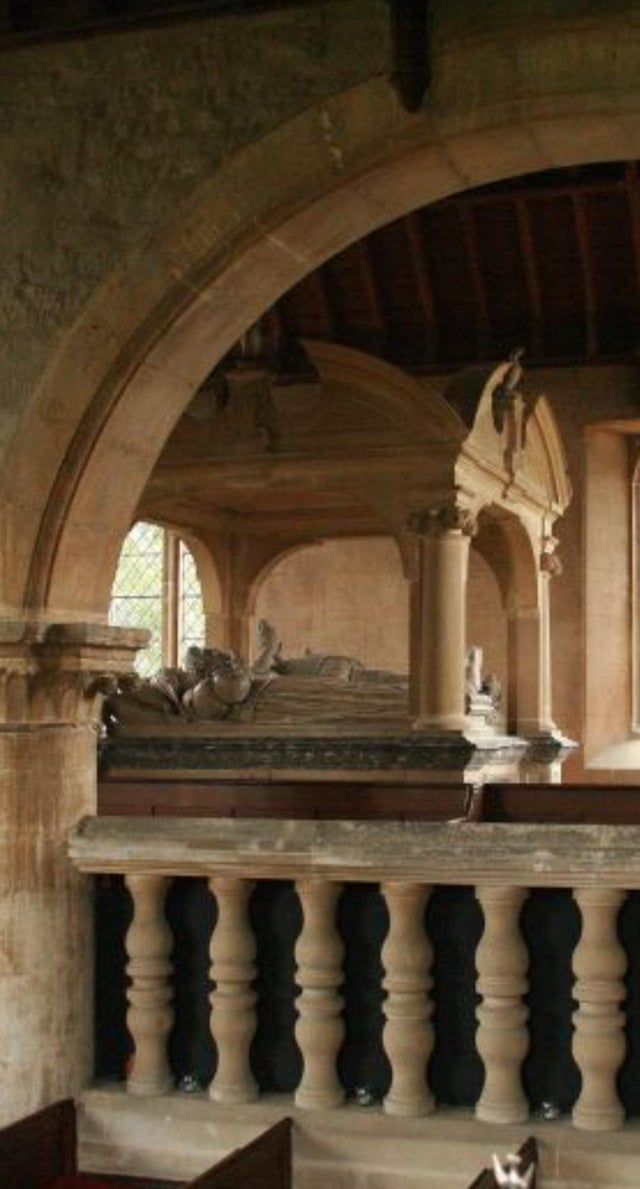 Exploring their family tree led someone to this impressive marble crypt holding one of their ancestors.

"Traced my ancestry down to the 1500s, & found a tomb with life size monuments, holding 14 of my ancestors from 12 generations ago inside a church just 60 mins from where I live," they wrote. "My 12th Great Grandfather Bishop Thomas Dove of Peterborough was chaplain for Queen Elizabeth l & can be found on Wiki." 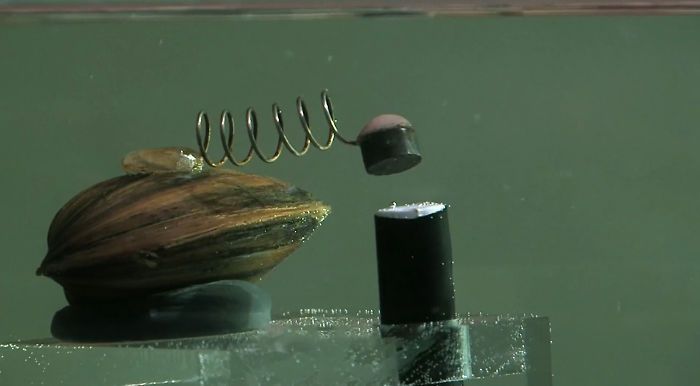 Well, these mussels help regulate the water supply in Warsaw, Poland. The mussels are installed at a pumping station because when water becomes too contaminated, they'll close their shells.

The attachments on their shells trigger an alarm that can cause the pumping station to shut down, preventing contamination from reaching the water supply before it can reach the people of Warsaw. You have to admit, that's pretty clever.