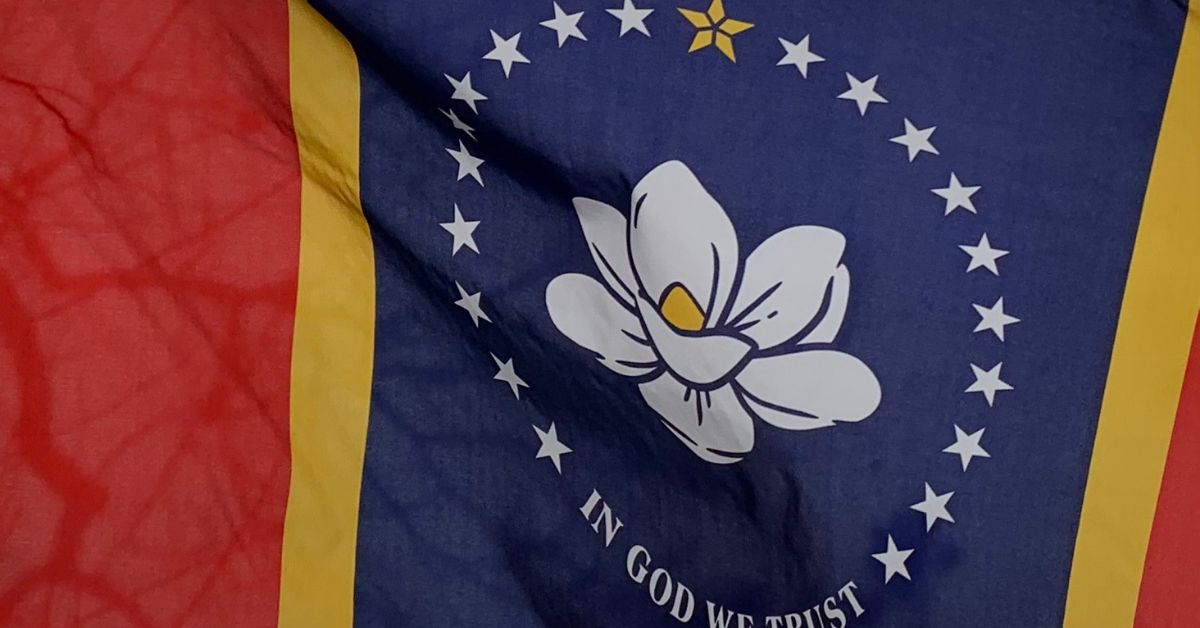 The last state in the union to continue to bear the battle flag of the Confederacy on its flag, Mississippi, finally made the decision to retire the old design in the summer of 2020.

The old flag — designed in 1894 — was pulled down from state buildings in July, and in the November election, the state's voters chose the new design pictured above, centered around the magnolia. Finally, the will of the voters has been approved and made official by Governor Tate Reeves.

Many previous attempts had been made to change Mississippi's state flag. 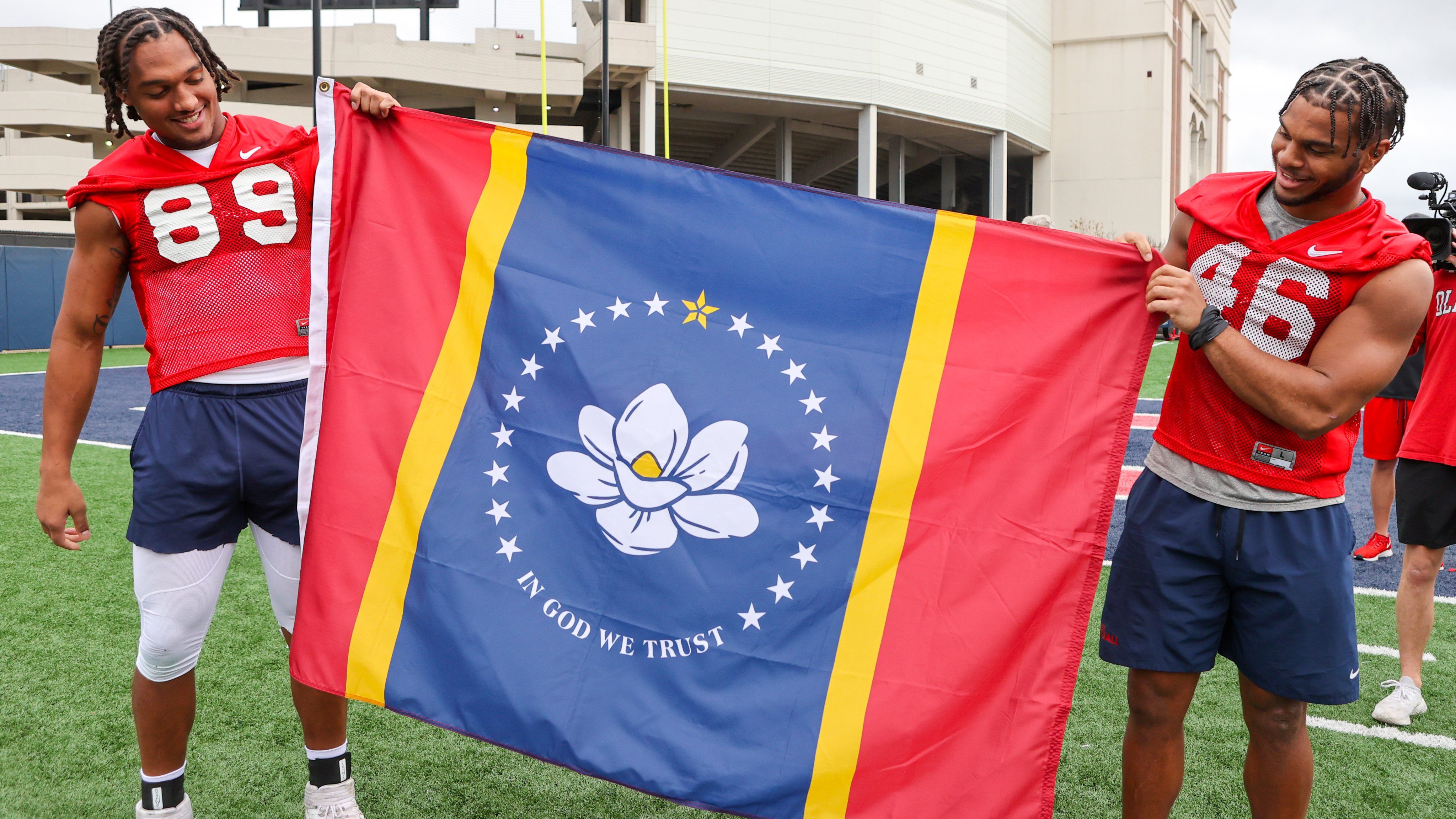 But in 2020, as protests against police brutality and racial injustice gripped the nation following the widely publicized death of George Floyd at the hands of Minneapolis police, the pressure to finally change the flag proved successful.

At the time, Governor Reeves said that "there are people of goodwill who are not happy to see this flag changed. They fear a chain reaction of events erasing our history — a history that is no doubt complicated and imperfect. I understand those concerns and am determined to protect Mississippi from that dangerous outcome," Vox reported.

However, when the time came to raise the new flag over the state house in Jackson, Reeves struck a more positive tone.

Calling the old flag a "prominent road block to unity," Reeves told a crowd assembled for the flag raising ceremony that "When many looked at our former flag, they just saw a symbol of the state and heritage they love," according to ABC News. "But many felt dismissed, diminished and even hated because of that flag. That is not a firm foundation for our state."

"Today, we turn the page," he continued, according to the Daily Journal. "We commit our former flag to history, and we commit ourselves to the business of the future. It is one small effort to unify, but it is done in good faith."

The design of the new flag represents a surprising amount of collaboration. 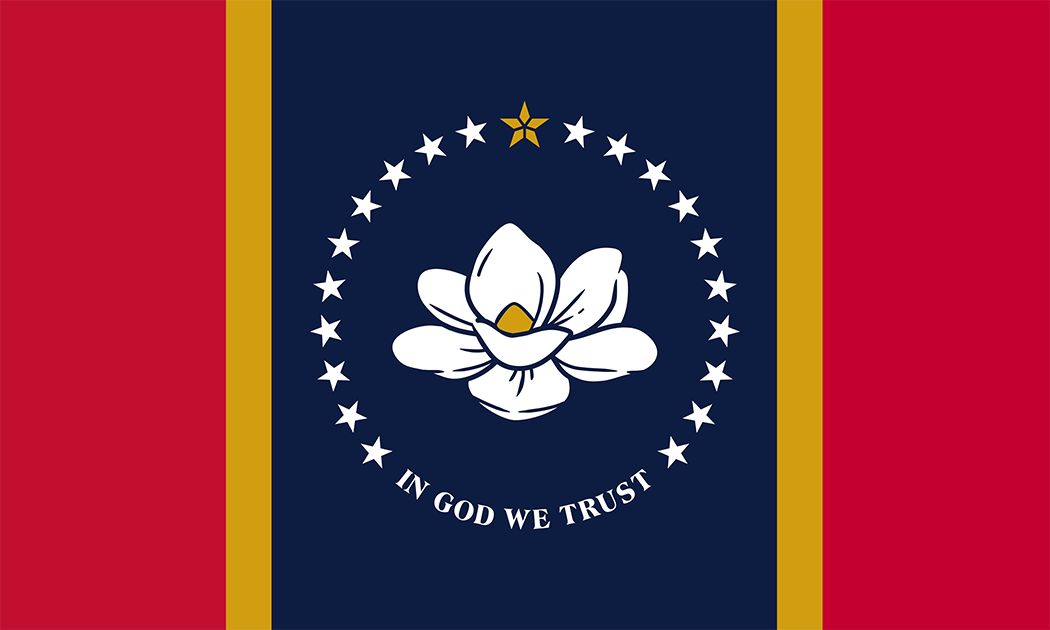 Mississippi Department of Archives and History

And much of it was a surprise to the collaborators as well. As Quartz reported, Sue Anne Joe, a Chinese-American who grew up in Greenwood, Mississippi, contributed the central magnolia, while the gold bars came from Kara Giles, the executive assistant to the mayor of Oxford, Mississippi. Starkville's Rocky Vaughn, graphic designer Dominique Pugh, and flag expert Clay Moss of Florida also contributed to the flag's layout and many of the details.

Those details are, of course, symbolic. There are 20 stars arranged in a circle around the magnolia, for example, because Mississippi was the twentieth state to join the union. The gold star at the top is segmented into five diamonds to represent the state's indigenous tribes.

Reaction to the new flag has been overwhelmingly positive.

"It feels like I’m in a different state," State Senator John Horhn told the Daily Journal. Horhn has tried many times to change the state's flag during his 25 years in office, so for him, seeing the new flag fly was a special moment.

"Even though not much else has changed in Mississippi, the fact that we have seen it in our hearts to change the image that symbolizes our state, I think speaks volumes," he continued. "I’m elated to have been a part of it. It’s been a long, hard-fought battle."

House Speaker Philip Gunn said that despite considerable pressure, he was unsure the bill for the new flag would pass.

However, he told the Daily Journal that history and family changed many lawmakers' minds.

What do you think of Mississippi's new flag? Let us know in the comments!