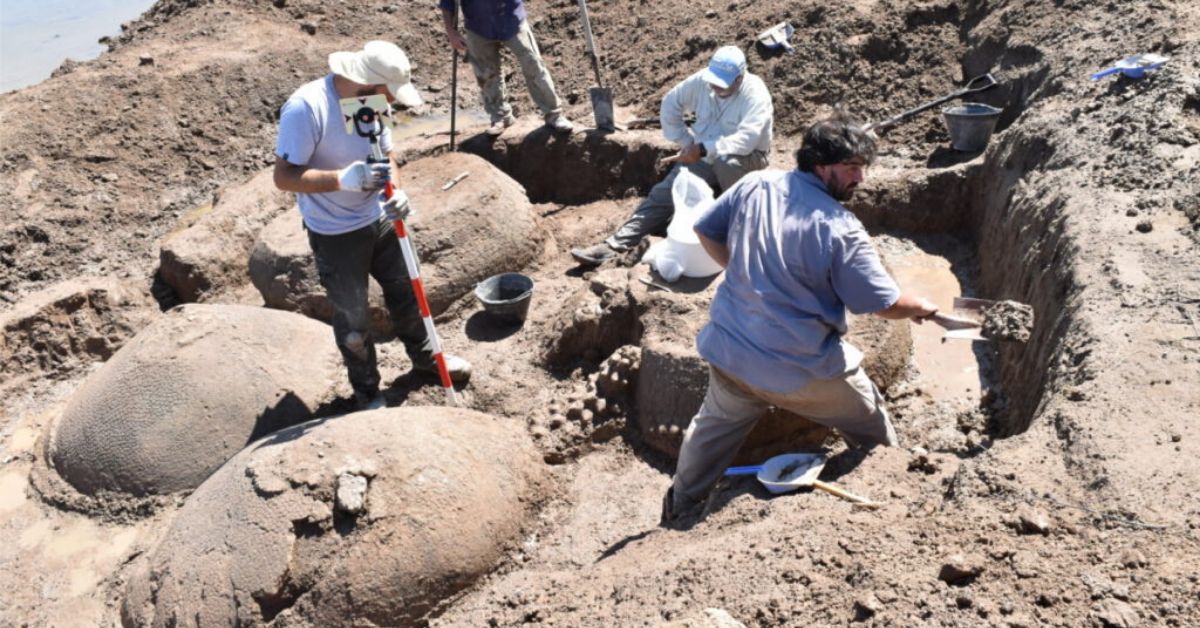 In between the extinction of the dinosaurs and the rise of humans, some rather large versions of animals we're familiar with roamed the world. Back in the days of the megafauna, as these giant creatures are known, you could encounter giant sloths, giant wombats, giant beavers, and yes, giant armadillos.

How large are we talking? Well, see for yourself.

Recently, a farmer in Argentina made startling discovery in his field: the fossilized remains of four massive glyptodons. 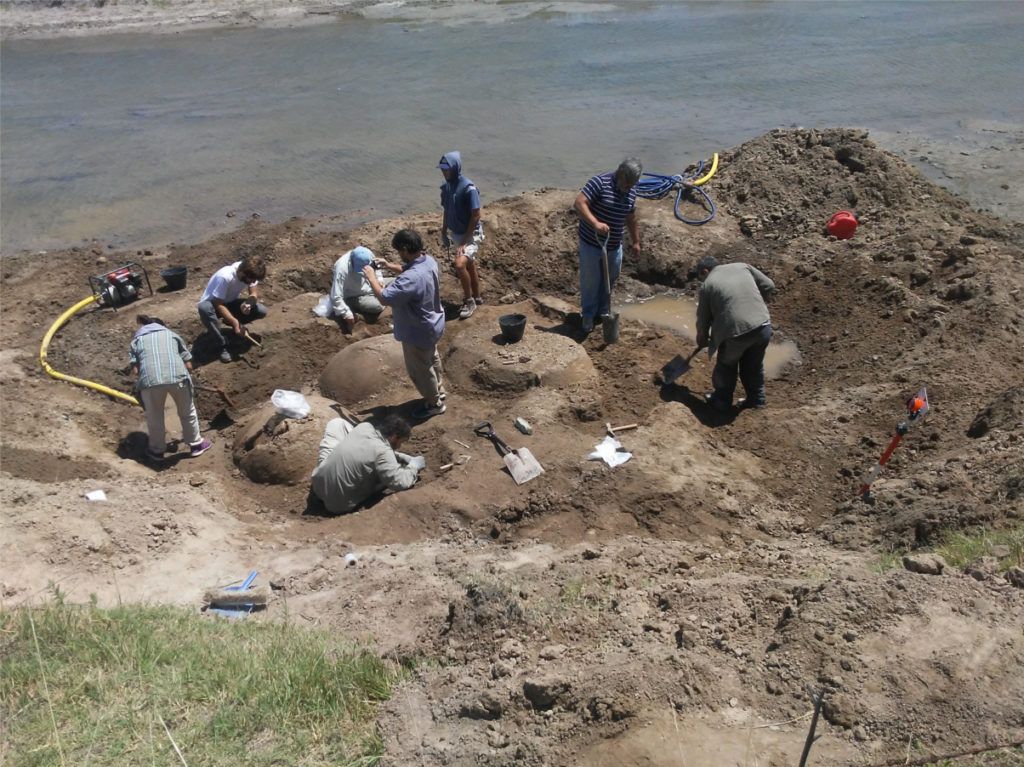 Of course, he didn't know at first what the heck he had stumbled upon, apart from the fact that they weren't horses or cows.

So, after he contacted the local authorities, a team of paleontologists visited his farm for a good old fashioned dig.

It didn't take long for the experts to identify them as the giant armadillos. 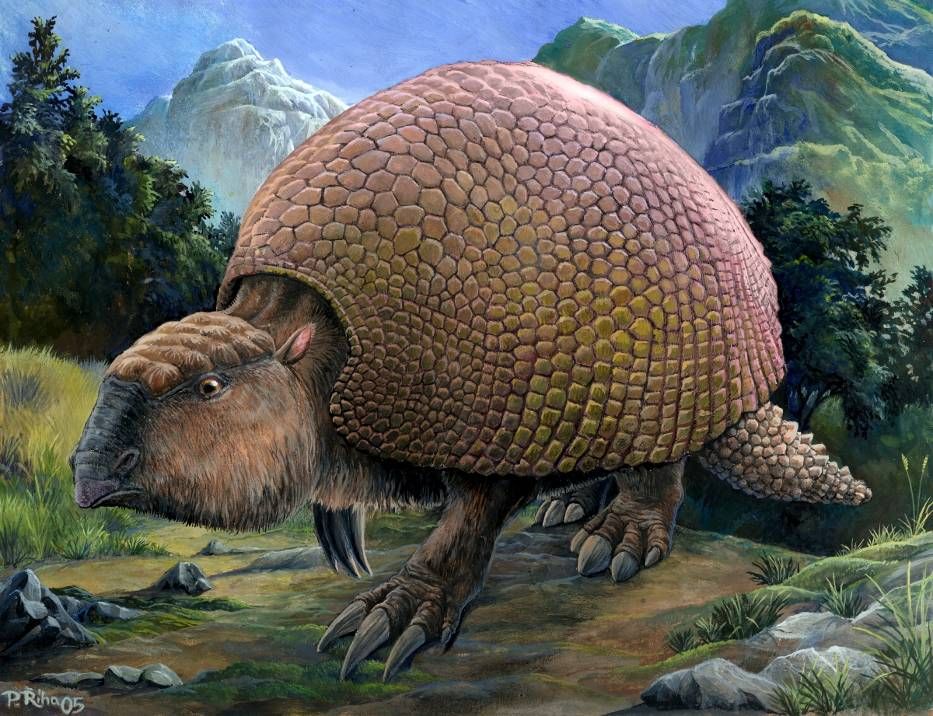 Glyptodons were some seriously large creatures, about ten feet long and weighing in at an estimated one ton when fully grown, with a giant armored shell on its back. Basically, imagine a Volkswagen Beetle with legs.

Researchers have confirmed via DNA analysis that glyptodons are indeed relatives of modern, much smaller armadillos.

Unfortunately, those big shells also proved to be the glyptodons' downfall. 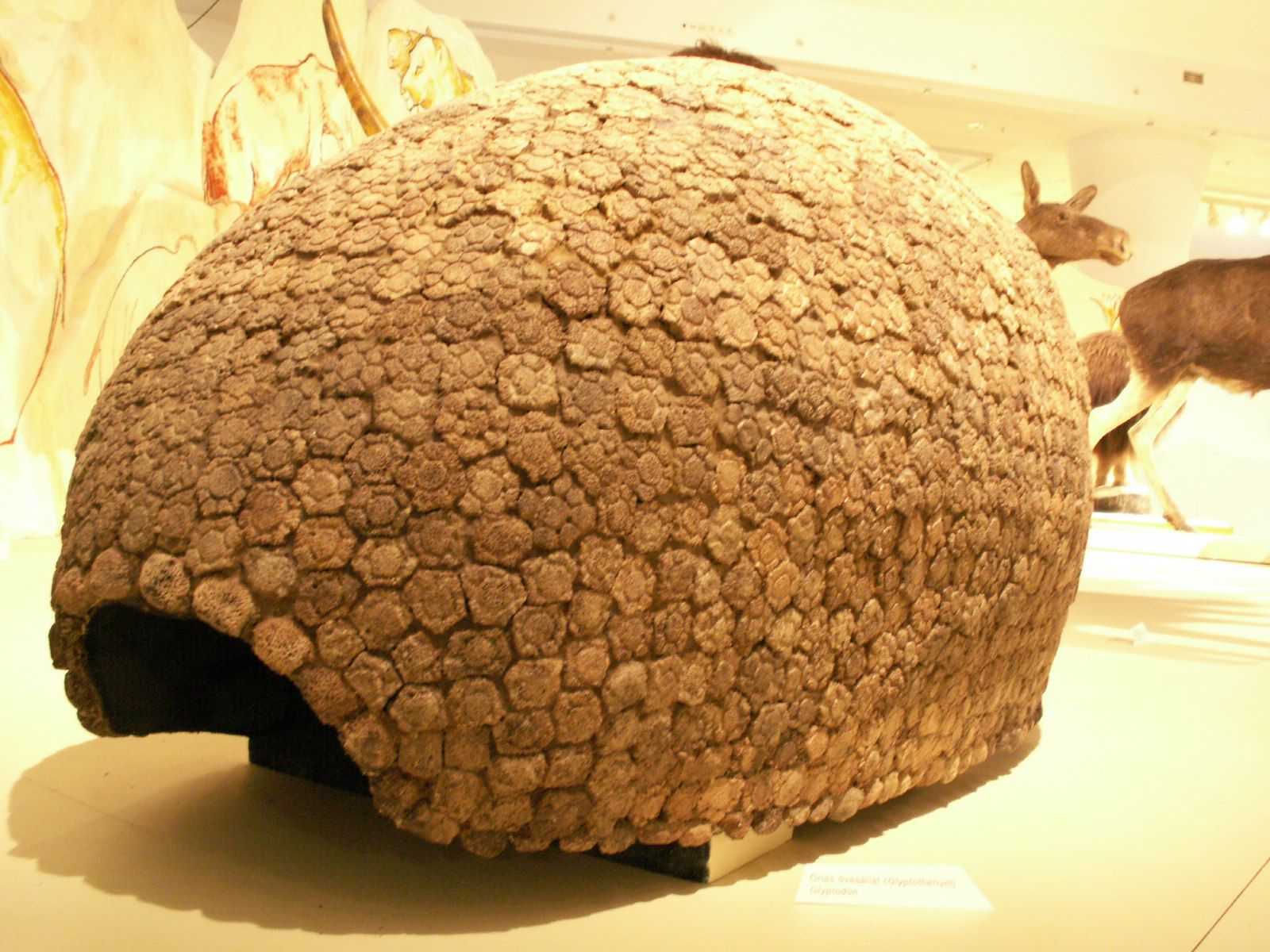 While they provided ample protection from predators — enough that glyptodons existed for more than 20 million years — the animals were no match for early humans and their spears.

After all, those big shells would also be useful to humans, and there's evidence of ancient humans using the shells as shelters from the elements, which makes sense. It's also believed that about 10,000 years ago, humans hunted glyptodons to extinction.

Given that the existence of glyptodons was first discovered in the 19th century, the specimens in the farmer's field weren't exactly new. 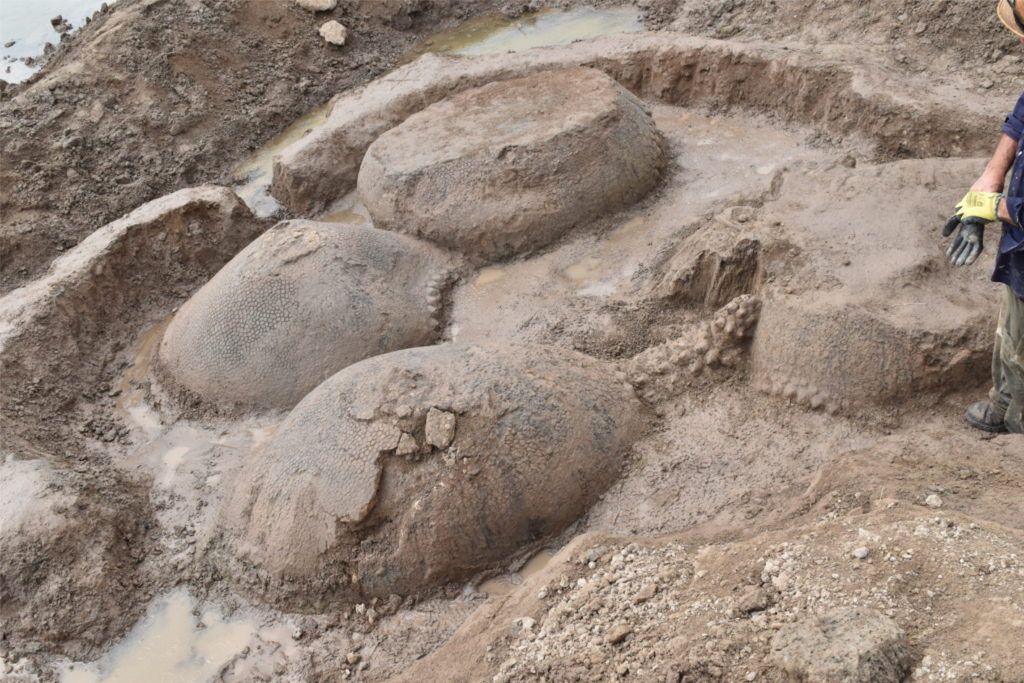 However, the situation in which they were found was particularly exciting to the paleontology team. The four glyptodons in question appear to have died together — two adults and two juveniles.

"These kind of cases, in which several individuals together who died in the same circumstances, are really exceptional and undoubtedly will give us a lot of information about these enigmatic animals and will allow us to test several hypotheses that we have been driving in recent years," paleontologist Ricardo Bonini said in a statement.